This is the day that the Lord has made, let us rejoice and be glad in it. Let us approach His Grace’s throne and seek forgiveness. Let us be thankful that we still have breath and let us pray for our fellowmen. Let us also enjoy the things that our Creator has given us freely such as the sweet singing of the birds.

Welcome back to Bible studies. I trust that you walked with God this week and that you gave Him thanks for bringing you through it. Today, we’re going to cover chapter 19.

Sodom and Gomorrah are destroyed

In the 18th chapter, we left off with Abraham interceding on behalf of the inhabitants of Sodom. The Lord then depart and went His way, but His two companions went down to Sodom. We now come to the controversial chapter of Genesis which many people skip over for the enjoyment of their own burning lust and condemn God for not letting sexual pervasion win. Let’s see how it plays out.

Lot was sitting in the gate when the two angels came to Sodom (19:1). Lot sitting in the gate indicates that he was a leader of some sort (possibly a judge) and helped conducted the city’s affairs. His urgent hospitality to his guests seemed like an effort to protect them from the wicked men of the city, but the messengers wanted to stay out on the street to probably witness the evil first hand (19:2). The angels relent and Lot made a feast and baked unleavened bread and they ate (19:3). I noted that despite having a feast, one important item from the feast stood out: unleavened bread. Was Lot telling us that he was indeed a righteous man living among perverted sinners? And if so, why didn’t he abandon his position and move away? Before the household can call it a night and go to sleep, the men of the city surround the house (19:4) and ask Lot to let the men out so they can “know them” (19:5). Base on Lot’s response in 6-8, we know that these men did not come to be hospitable. They wanted to “know them” carnally speaking in ways a man shouldn’t know another man. They wanted to have homosexual relations with the men and if possible, rape them even. It also clearly shows that the evil city participated in group sex. Lot goes outside and shuts the door after him to prevent the men from barging into his house (19:6) and tries to reason with the Sodomites (19:7). Lot then offers the men his two daughters as an alternative (19:8). The first time I read this, I thought it was a horrible thing for Lot to offer up his daughters to be gang-raped. I also understand that it was a top priority to protect guests at all cost over family, but it also shows two things: how low a woman’s place was in the ancient world and Lot did not have enough faith to leave Sodom. He was also trying to show the men that sex was designed to have between a man and a woman.

The men mock Lot and threaten him to move aside; blinded by lust they proceed to push pass Lot to fulfill their desire (19:9). The angels rescued Lot by pulling him into the house (19:10) and striking the men with blindness (19:11). The ‘blindness’ can mean two things: the men were actually struck blind or a darkness covered the area that they couldn’t find Lot’s door. The angels then warn Lot about the coming divine destruction of the city (19:12-13). Lot then warns his family of the pending danger but he was mocked by his sons in law (19:14). The next morning, even before the sun rose in the sky, the angels hasten Lot to take his wife and two daughters and to get out of the city (19:15). The phrase “which are here” may mean nothing, but it could possibly suggest that Lot had other daughters who were possibly married to Sodomites. Used in this context, however, suggests that Lot take his family that is present.

Lot lingered, showing that despite knowing how wicked the city was, Sodom was a part of his heart hence the reason why he never considered getting out; he was settled and comfortable and preferred to look the other way. He lingered causing the angels to personally escort him, his wife, and daughters out of the city (19:16). They were given specific instruction to escape to the mountain and not look back (19:17). But Lot’s faith wavered and he did not want to go the place which the Lord suggested (19:18-19). He begs to dwell in a small town (19:20). The Lord accepts Lot’s request and would not overthrow the city for Lot’s sake (19:21); that city was called Zoar (19:22).

The sun had risen when Lot entered Zoar (19:23) at about the same time brimstone and fire was being rained down on Sodom and Gomorrah destroying them completely (19:24-25). But Lot’s wife disobeyed, looked back and became a pillar of salt (19:26). Abraham got up early the next morning just in time to see the smoke ascend to heaven after the cities were burned and destroyed (19:27-28). Abraham’s prayer was answered when God remembered him and delivered a righteous Lot from the cities before He overthrew them (19:29). 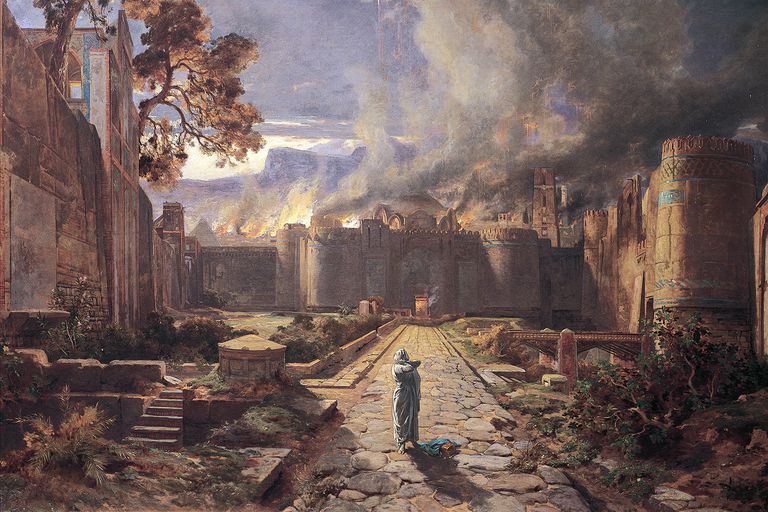 Lot eventually feared to dwell in the city he begged to escape to and he went to the mountains to dwell in a cave away from the world (19:30). From the beginning, the angels told him to dwell in the mountain. Now, Lot’s daughters begin to think that there are no men left on earth to lie with them (19:31) which is inexcusable for they spent some time in Zoar to know that there were indeed other people including men on earth. They decide to take matters into their own hands except to trust God because it was now their mission to repopulate the earth. They come to the conclusion that they’ll trick Lot into drinking wine in order to lie with him and preserve his seed (19:32). This desperate action and sin from the girls would suggest that living in Sodom clearly affected them (even more so than Lot) after witnessing so many pervasions which seemed like the norm. They didn’t even think about God once during their plan.

They made their father drink wine and the eldest lay with her father and Lot was so drunk that he didn’t hear her come to bed or when she left (19:33). The next night, Lot gets drunk again, and the younger daughter lay with him (19:34-35) and they were both with children by their father (19:36). A person who is drunk is not in control of his actions or thoughts, but Lot had to be willing to drink the wine, and God does not gloss over drunkenness as an excuse to sin. The eldest bore a son and called him Moab (19:37). Moab (meaning ‘from father’) was the father of the Moabites, a people that lived on the borders of Canaan proving to be troublesome for the Israelites. They worshipped the god Chemosh and sacrificed their children to this god.

Finally, the younger gave birth to a son named Ben-ammi (meaning ‘the son of my people’) and he became the father of the children of Ammon (19:38). These people lived near the Moabites and like their brethren, fell into idolatry. They worshipped Molech and made their children walk through fire. None of their cities exist today for God destroyed these people. I’ll try to explore this false god soon.

One might wonder why God allowed Lot’s daughters’ sinful acts to be recorded. It’s simple: God wants us to learn from these examples so we know what to do and not what to do. It’s a reason why the Bible is basic instruction before leaving earth. God not only wants us to see the Bible characters at their best; He wants us to know/learn the entire truth about them for it’s an example to/for us (1 Corinthians 10:11). We should take heed of their experience and make good choices. The daughters had no sexual design on their father, their true intent was to repopulate the world, although their actions were wrong. These records are for our caution.

After this, no more is recorded of Lot although he was mentioned in 2 Peter 2:7.

^ God condemns homosexual behavior calling it an abomination (Leviticus 18:22, 20:13). ‘Gay’ used to mean ‘happy’ and ‘carefree’ but it was stolen to normalize the homosexual lifestyle. Also stolen was the rainbow which is now used to identify (and even glamorize) the homosexual life that if one were to unknowingly use the rainbow as a logo they’ll be commended for showing their ‘pride’ or stealing it from the homosexual community. The rainbow is a covenant that God made with Noah as a sign to not destroy the world again from wickedness (9:17) otherwise it certainly would’ve been destroyed yet again.

^ God made both men and women in the image of Himself (1:26-28; 2:18-24). The woman was made to complement man and God commanded them to be fruitful and to multiply the earth. Homosexuality is rebellious and is the exact opposite of God’s design for family. 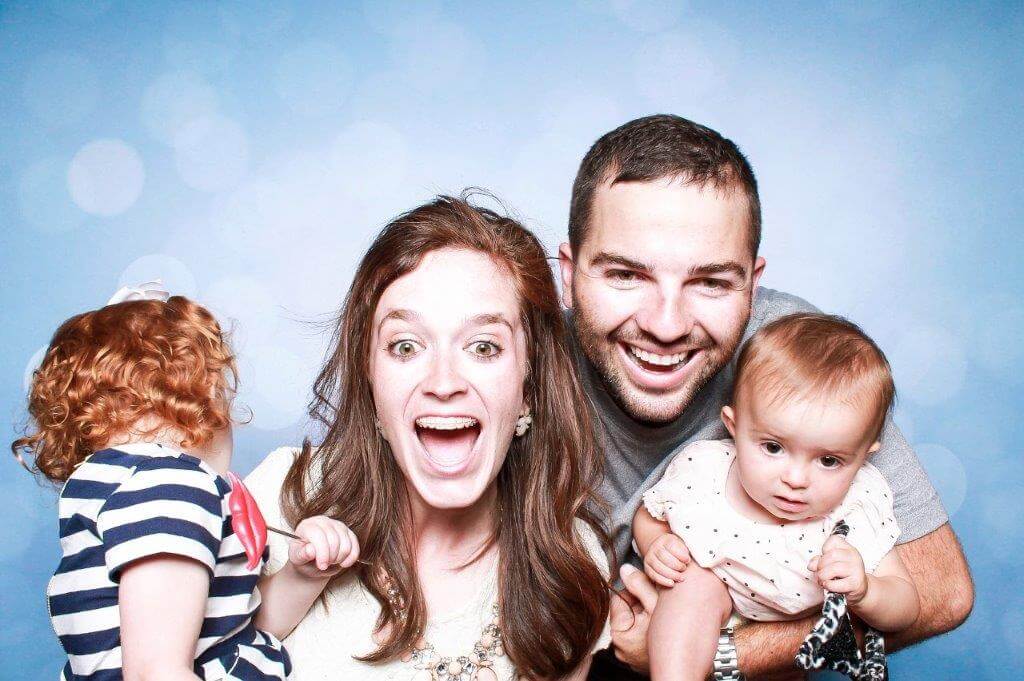 ^ Sodom was more than just sexual pervasion (Reference Ezekiel 16:48-50). They did many detestable things including the practice of cult prostitution and pagan rituals.

^ In 19:8, Lot suggests that his daughters are virgins, yet, in 19:14, we see that he has sons-in-law. I admit that this threw me off the first couple of times I read it, but looking it up, I’ve come to realize that the sons-in-law were Sodomites who were probably caught up in the sexual sins themselves that they never slept with their wives or they were by binding betrothal, but not by marriage yet.

^ The city which Lot escaped to in 19:22 was called Bela before in 14:2. Today, many people think that Sodom and Gomorrah are buried under the Dead Sea.

As always, I encourage you to share what you may have learned during your study of God’s Word or what touched your heart this week in the comment section below. 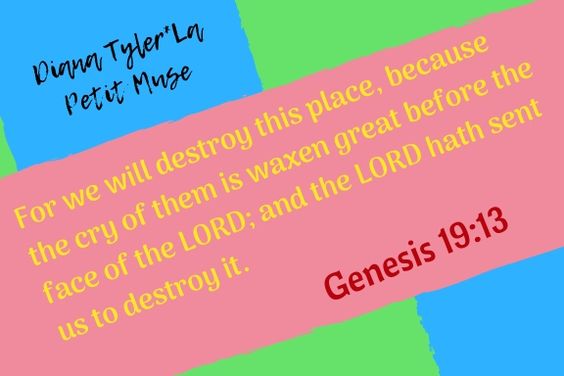 27 thoughts on “Genesis part XII: wicked cities are destroyed and Lot is saved.”