Part 6: Noah leaves the ark and God blesses him

I am at my happiest when I search the scriptures and ask God to deepen my understanding of His Word by not only opening my mind and ears but most importantly, my heart. I love You, God and I’ll never be ashamed to always say so! 💙

The generations of Noah

When I first started to read the Bible, I’ll gloss over the ‘generation/genealogy’ chapters without thinking twice. It’s when I started to really study His Word, I realized that I was wrong to do so for the names were also important. Read 10:1. What are the keywords? If you say “sons of Noah” you’re right. “Sons of Noah” are all the people who descended from Noah’s 3 sons after the Flood (Cross Reference Acts 17:26) as there are no recorded births while they were in the ark.

Noah had 3 sons: Shem, Ham, and Japheth. You’ll notice that whenever the names of Noah’s sons are recorded, Shem is always mentioned first (9:18; 10:2, 21) despite being the second-born. That’s because the Bible often list people according to prominence rather than age and Noah had blessed Shem above his brothers. Let’s look at the oldest son, Japheth who was born when Noah was 500 years.

10:2-5 traces Japheth’s sons and grandsons. Japheth means “expansion”. Seven of his sons are mentioned: Gomer, Magog, Madai, Javan, Tubal, Meshech, and Tiras (10:2). The first time I read those names, I thought they sounded Indo. Japheth was in fact, the father of the Indo-European peoples (India to Western Europe). Gomer and his people lay north to the north of Judea (see Ezekiel 38:6). From Gomer came the Galatians or Gauls of Asia. They inhabited Phrygia. 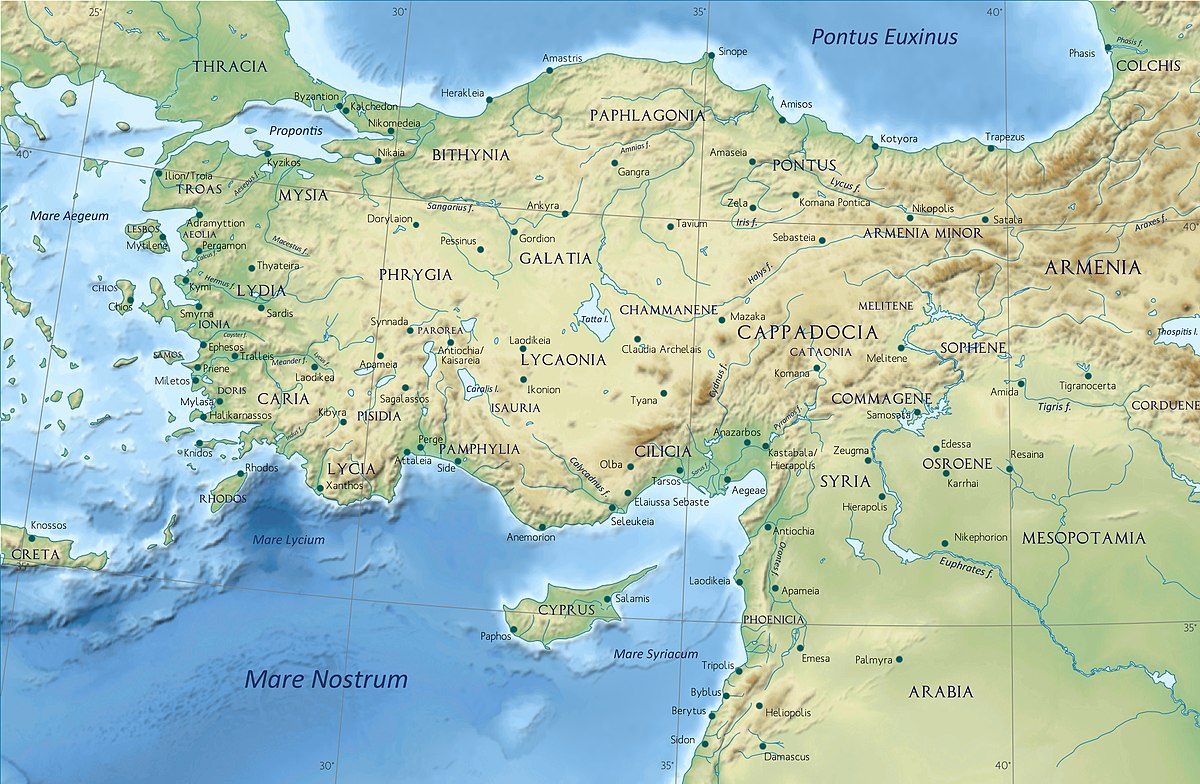 I love Ancient History and I think it’s vital when it comes to Bible Study for it can come in very handy. I read about the Phrygians settling everywhere in Anatolia and how some of them accepted strange customs and cults, one which was the cult of the great Mother of the gods. The most famous king of Phrygia was Midas. I think I’m getting carried away. So to put:

Gomer (Germany): From him, came the Germanic peoples; most of the original peoples of Western Europe came from them including the original French, Celtic settlers, and Spanish.

Magog, Tiras, Meshech (Moscow) & Tubal: they settled in the far north of Europe and became the Russian peoples (the Russians are the most numerous ethnic group in Europe).

Javan: The ancient Greeks came from this one.

I believe that the history of the peoples can be disputed. In 10:3 we meet Gomer’s 3 sons: Ashkenaz (probably Assyrian), Riphath (an obscure tribe that was merely mentioned) and Togarmah (the Armenians were believed to come from his line. They are mentioned as traders in Ezekiel 27:14 and in Ezekiel 38, they were named as followers of Gog along with Persia and Ethiopia). From Javan’s sons (10:4-5) the coastline peoples of the Gentiles were divided into their lands (according to their families, nations, and language). Take note of verse 5: Japheth’s descendants did as God instructed by scattering and populating the area they were given.

Now, let’s go Ham, the youngest of Noah’s sons and the one who discovered his father’s drunkenness in 9:22. Many of Ham’s sons were the enemies of Israel. Ham’s descendants populated the Far East and Africa. Ham is the father of the Arabians, Canaanites, and Africans, and the Egyptians. In 10:6 we meet:

Cush – Divided into two branches, some founded Babylon (Nimrod) and others Ethiopia.

Canaan – The people who originally settled the land. In v. 15, we’ll see that many races were started from Canaan including the Amorite, Hivite, Hamathite, and Jebusite.

Cush had 5 sons and 2 grandsons (10:7), but then came Nimrod (10:8-9). A mighty one. A great hunter. The power-hungry leader behind the building of the Tower of Babel (11:1-4). Nimrod means “let us rebel” and I’ll write up a post on this figure soon if the time permits. At 10:10 we see the beginning of Nimrod’s kingdom. He did not want to heed God’s instruction to scatter and populate the earth. 10:11 speaks of Assyria and you might recognize the city of Nineveh which was wicked to the core right down to the time of Jonah. 10:12 speaks of Resen another city Asshur built.

10:13-14 deals with Mizraim’s (2nd son of Ham) 7 sons from who are derived 8 nations. Ludim is thought to be plural, so Mizraim begat the father of the Ludim which is thought to be Lud in Isaiah 66:19 (Lydians). They were great at archery. Now to the sons of Canaan (10:15-18). Remember, these were the people cursed at the scene of Noah’s drunkenness because of Ham. Not only that, they possessed the Promised Land which Israel needed to conquer. Sidon is related to the Hittites and Lebanese and many people believe that the Oriental peoples descended from the Sinites. Sidon was also Zidon. I could only imagine how beautiful the women were in that town to cause Solomon to sin repeatedly (1 Kings 11:5). Heth was the father of the Hittites and they worshipped a number of Egyptian and Babylonian deities. Their relatives, the Jebusites also worshipped false gods. Map of the Hittite Empire (c. 1300 BC) via Ancient History Encyclopedia

The border at 10:19 is a description of the land of Canaan the Israelites possessed. Gerar and Gaza are two Philistines’ cities. The Hebrew name for Gaza is Azzah (mentioned in Deuteronomy, Kings, and Jeremiah), the capital of the Philistines and Samson lived there. It is the center of the Gaza Strip today. Sodom, Gomorrah, Admah, and Zeboim were destroyed with righteous fire from heaven.

We now move to the descendants of Shem (meaning “name” because Noah expected the name of his son to become great), the second born of Noah (10:21). Let’s talk about Shem a little. Shem was the father of “all the children of Eber”. The word Eber is the origin of the Hebrew word for “Hebrew.” This is the son whom Noah had blessed above his brothers in 9:26-27. It was through Shem that the promised seed destined to crush the devil came (3:15) and that seed can be traced back to Seth (Adam’s son) in 5:1-32, through Shem, then Abraham, Judah, down to David leading to Christ (Luke 3:36). Ain’t that a beautiful something! Jesus came from this amazing preserved line! Eber is actually the grandson of Arphaxad (10:24). When the Bible uses the term ‘child’ or ‘children’ it does not always mean so.

Aram had 4 children (10:23), but it is Uz which gathers much attention. Uz was later a region in Arabia and it was from this land (somewhere in the Arabian Desert) Job came (Job 1:1). Arphaxad was born two years after the flood but decided to commemorate the event by naming his firstborn Salah which means “a sending forth” of waters (10:24). Eber had 2 sons (10:25) and Peleg was so named because of the earth being divided in his time (the dispersion of peoples at the Tower of Babel). Peleg means division. We meet the 13 Joctanites tribes in 10:26-29. There is little known of these sons besides seeming to settle parts of Arabia (10:30) for they disappeared in Bible history.

10:31 is the spread of Shem’s descendants including Assyria, Arabia, and Syria. Exclusive of Nimrod, there are 70 names of nations, tribes, or heads of families descended from Noah’s 3 sons: 14 from Japheth, 30 from Ham, and 26 from Shem. Among the heads of tribes descended from Japheth are 7 grandsons. Among those from Ham are 23 grandsons and 3 great-grandsons (bible-studys.org). And we conclude this interesting generation chapter with God reminding us that through Noah’s three sons the whole world was repopulated (10:32). Eight people were left after the flood and look at the world now. 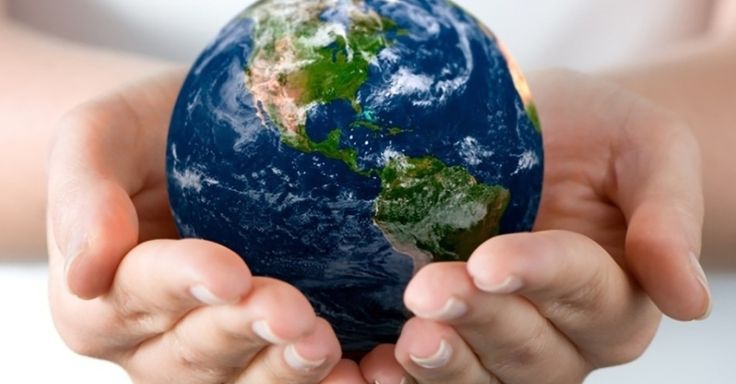 The world so stunk of sin that we have no knowledge of our own origin. We fight for a sense of belonging to this race or that race because we’re not satisfied with the image we were made in, His. There is only one race: the human race. Being Indian, African, Asians etc. are different ethnicities of the human race. God is willing to reveal the truth in His Word, but how can we see it when our eyes are closed? When we’ve made up our minds to follow what man tells us? When our hearts are closed off from God? Search the scriptures today with a new approach and with a spiritual understanding. People didn’t just come into existence. We’re here because of Noah’s descendants. Most importantly, we’re here because of God.

^ Ham means “hot” and the Hamitic people were godless and of a worldly power (Genesis 10:6-20). Ham’s descendants worshipped false gods including the god of fertility.

^ Heth is the 8th letter of the Hebrew alphabet.

^ Shem was the ancestor of the Semitic peoples (10:21-31). He is the father of the Hebrew nation from whence Christ came.

^ Abraham, a descendant of Shem, is the first person in the Bible who is referred to as a “Hebrew” (Genesis 14:13).

^ Arphaxad, along with Shem, was mentioned in the genealogy of Jesus. 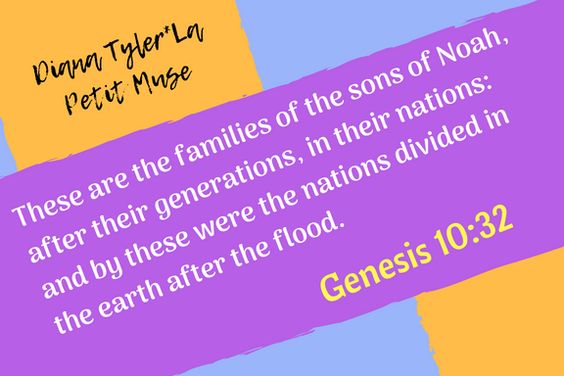