Joy blossomed inside me

And all I wanted to do was

throw confetti at the world! 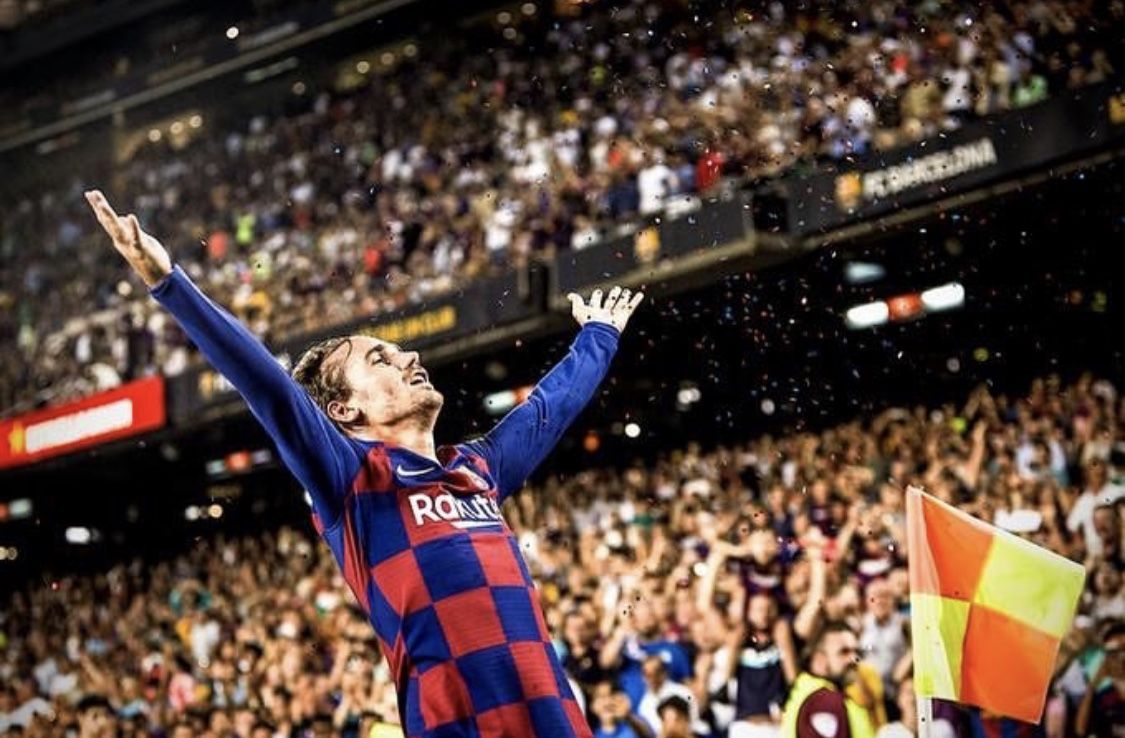 Throw it up anywhere

Antoine Griezmann scored twice and also assisted in a 5-2 victory over Betis to give Barcelona their first 3 points of the season. After the brace (second goal), Griezmann known for his unique celebrations, threw blue and red confetti in the air to celebrate as if to say, “I’VE ARRIVED!”

Greizzy played a great game without our front backing for they’re currently injured.

Barcelona lost their first game of the season away to Bilbao 0-1, but I am pleased with today’s result regardless of sitting at #9 currently. We have a long season ahead of us!