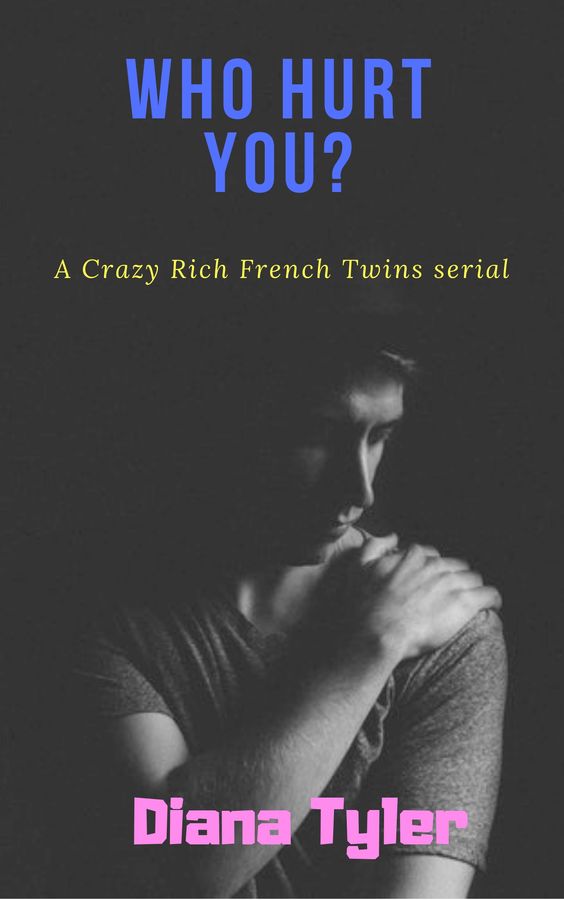 Smirking, he pounded his right fist into his left palm, about to pummel his favorite victim when strong hands grab his 6’5’ frame and slam it against the lockers. He winced from the impact thinking that he was caught by a teacher or the principal, but when he opened and adjusted his eyes, a 5’11 sky blue-eyed boy was furiously looking at him. He had the punctilious look of a genius, but then, so did both of the da Díxon twins. He figured this one was Marcus for he had a reputation for standing up to bullies and defending the weak for whatever reason. Didn’t wealthy teens had other things to worry about? Like, deciding whether to take the helicopter or the yacht for a trip in the country? Or which Ferrari to drive to school the next day?

Jean-Pierre Papin smirks. “Do you think that I’m afraid of you, Marc? Why don’t you look the other way and mind your business? This does not concern you.”

“When you’re picking on innocent people, I make it my business.” The lines around the da Díxon boy’s mouth hardens.

Jean-Pierre makes a move to push the teen off him, but the teen was not letting that happen. “If you don’t get off me in cinq, I’m going to hurt you more than I was going to hurt Joe.”

Cold steel gray eyes narrowed as Jean-Pierre snarls. “Oh yeah? Unhand me and I’ll make you scared of me.” he scoffs and tries changing tactics to taunt Marcus for him to land the first blow. “Shouldn’t you be at home planning some fancy party?”

“Maybe I’ll have it right on your face!”

“You’re not going to like your face after I rearrange it.”

“Alright, who hurt you?”

Jean-Pierre was taken aback by the question. He was expecting Marcus to throw the first punch to start the fight of the century at Paris High, but instead, he gets asked a stupid question. “Huh?”

“I don’t think that you’ve always bullied people because no one is born that way. Someone must have hurt you. You were bullied at some point in your life and sadly, instead of helping the defenseless, you became the abuser.”

The hands on his jacket were gone, but the twerp was still saying things making his mind wander back to that time.

“Oh yeah?” Jean-Pierre uses his intimidating height to tower over the shorter boy. “And what if I don’t want to be nice?”

“I’m not giving you an option to be nice.”

Jean-Pierre knew this was one fight he was not going to win with his fists. No one had ever stood up to him before and it knocked the sails out of him.

“I know someone must have hurt you, but it’s never okay to pick on the defenseless just to make yourself feel good. You should be standing up for them for bullying is never the answer. Now, I want you to find Joe and apologize.”

Humbled in front of his peers who witnessed the entire exchange, Jean-Pierre sighs and without a word begins to walk away.

He watched as Jean-Pierre’s figure retreats down the hall and disappear around the corner just as his twin joins him.

“I turn my back for one minute and you’re getting into trouble with the charmant mauvais garçon.”

“He isn’t that charming.”

“I know, and I would’ve loved to see his face when you pinned him against the locker and threatened him.”

“I didn’t threaten him.”

Ray shrugs. “He thought I was you anyway.”

Marcus laughs as he puts an arm around his identical half and escorts him down the now empty hall. “I guess my reputation precedes me then. That’s why I want to become a lawyer. I want to defend the helpless and what you did for Joe was pretty amazing.”

“You have like an eidetic memory and you can’t remember that we have Econ with monsieur Dupont? Ay! What do you use your brain for anyway?”

Well, this is what I might be working on if the time permits. If you like it, let me know; if you don’t, still let me know. And remember, bullying in any form is bad.