Let us worship the LORD with singing and shouts of joy for His mercies endureth forever! Let us be thankful for breath and continue to praise and exalt His Name above ALL others!

God remembers Rachel and she conceives

In this chapter, we’ll see why bigamy (more than one wife) is a violation of God’s ordinance.

Leah had 4 children and Rachel had none. She was envious of her sister, desperate to have children and so, she blamed Jacob for her barrenness (30:1). Jacob reminds Rachel that it was God who had withheld the blessing of children to her (30:2). Desperate, Rachel offers her handmaid Bilhah to her husband (30:3-4). She became a mother through Bilhah (30:5) and named the son Dan meaning “judgment”. This was Jacob’s 5th child (30:6). Bilhah conceived yet again (30:7) and Jacob’s 6th son was named Naphtali meaning “wrestle” (30:8). A baby making contest to see who’ll bear the most children? Oh, this was personal now, and Leah had to get into this contest for the score was currently 4-2. What did Leah do? Yes, you guessed it: she gave her maid Zilpah to her husband to have more children by her (30:9)!

Zilpah conceives and bares Jacob’s 7th son; Leah named him Gad meaning “troop” or “fortune” (30:10-11). Zilpah bears Jacob a second son that Leah named Asher meaning “happy” (30:12-13). “for the daughters will call me blessed”: here we see Leah more concerned about the status this child will bring her than the child itself. She’s focused on the praise she’ll get for it was an embarrassment for women of her time to not have children. She now had 6 and while her sister could boast about having two, they did not come from Rachel’s womb directly and this was Leah’s advantage.

Reuben was playing in the field during wheat harvest and he found some mandrakes which he took to his mother (30:14). Here’s a funny story: the first time I read this verse (I was very young), I thought mandrakes were animals (I thought they were ducks, to be honest) and I thought it weird that Rachel begged Leah for ducks! Later, I’ll come to find out that mandrakes were actually considered as an aphrodisiac and were referred to as “love-apples” back in those days. Still resentful of Jacob’s preference for Rachel, Leah tells her off, but Rachel suggests a trade: “Therefore he shall lie with thee to night for thy son’s mandrakes.” (30:15). The hostility between the sisters was very real. And if they were ever close, this hostility forced them apart. This is why God forbids the marrying of sisters later on (Leviticus 18:18). Leah accuses Rachel of stealing her husband, when in fact, I’m certain she knew that Jacob only loved one woman and that was Rachel. His heart already belonged to her at the well. 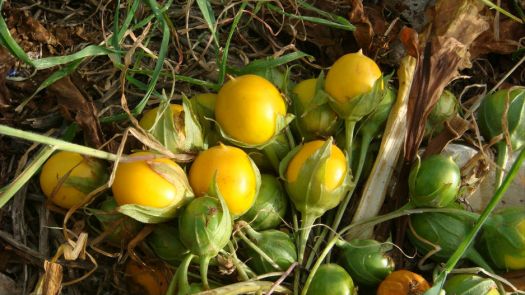 Eager, Leah goes to meet Jacob in the field when he’s coming in from feeding his flocks and plainly tells him that he was hers for the night for she earned it (30:16). Base on verses 15-16, it’ll seem that Jacob spent all his time in Rachel’s tent. He also wanted to please Rachel so he did what she wanted even to sleeping with Leah. God answered Leah’s prayer and she bore her 5th son, Jacob’s 9th (30:17) which she named Issachar meaning “reward” (30:18). Leah conceived yet again and bore another son Zebulun meaning “dwelling” for although she bore so many children for her husband, she was still unloved and he did not live with her. He lived with Rachel and visited Leah (30:19-20).

Leah gives birth to Jacob’s only daughter which she called Dinah meaning “justice” (30:21).

God remembers Rachel and opens her womb; she gives birth to Joseph (meaning “may he add”) and he was the 11th child and favorite of Jacob’s (30:22-24). Jacob knows that it was time to return to Canaan and he expresses this to Laban. Many years have passed since he served Laban and he was homesick (30:25-26). Laban practiced occult divination (“I have learned by experience”), but he also realized that his blessings were because of God blessing Jacob and he wanted Jacob to stay so he can continue to enjoy the blessings (30:27). Laban tries to trick Jacob into staying (30:28), but Jacob reminds him that he did not serve for a salary, but for his wives and how he cared for the cattle (30:29). He also reminds Laban that it was because of him (Jacob) and God that Laban now had such a huge herd of cattle and he was ready to provide for his growing family (30:30).

Laban wants to know what it’ll take for Jacob to stay; Jacob was willing to work for Laban and building a herd for himself (30:31). He proposes a plan to Laban and it was an agreeable deal to both parties (30:32-34). After the deal was made, the flocks are separated (30:35-36). Jacob took rods from the almond (hazel) and chestnut tree, took off the bark in some places (“pilled white strakes in them”), left it on in others thus making white strakes (30:37. Breakdown via bible-studys.org). His method of breeding was blessed by God and his wealth increased (30:38-43).

Laban’s sons saw Jacob’s wealth increasing and being extremely jealous, they start to complain instead of being grateful (31:1). Even Laban had become hostile towards Jacob (31:2). God tells Jacob to return home (31:3) and so he calls his wives to explain the situation (31:4-13). The sisters inquire after their inheritance (31:14). The women do not feel like their father’s kin. Instead, they felt like bondwomen (slaves) who were sold for naught given that their father had spent their money on himself rather than giving them their portion (31:15). The wives were sold to Jacob (thanks to his free labor of 14 years) so they belonged to him and they supported his decision 100% (31:16).

Jacob leaves Laban without even saying goodbye and Rachel steals her father’s idols (31:17-21).

Three days after Jacob’s departure, Laban gets word of his flight and pursue after him (31:22-23). God comes to Laban in a dream to warn him about harming Jacob (31:24). Laban catches up to Jacob (31:25) and tries to shame him (31:26-28). He then basically tells Jacob, “You’re lucky  I can’t hurt you as was my earlier intention for God is on your side”. Take note that Laban called God, “Jacob’s God” and not his, for he was a pagan worshipper, but he still accuses Jacob of stealing his idols (31:29-30). Jacob answers truthfully (31:31) and proclaims his innocence and is confident that no one from his entourage had taken said idols and proclaims death on whoever had stolen them not knowing that it was his beloved Rachel (31:32). Laban searches the tents of Jacob and Leah going into Rachel’s own last (31:33-34). Rachel deceives her father (like father, like daughter) by lying about her menstruation cycle; he stopped searching after coming up empty-handed (31:35). To further understand why everything she was sitting on was considered “unclean” refer to Leviticus 15:19.

Jacob grew angry and rebukes Laban (31:36-42). How did the father-in-law reply? He claims ownership of everything and everyone that Jacob toiled hard for (31:43). Jacob and Laban eventually make a covenant (31:44-50). They erect a pillar of barrier between them representing separation and bringing to mind Genesis 2:24 (31:51-52). I think this is symbolic in Jacob leaving the world (Laban) behind in order to focus on God with all of his heart. 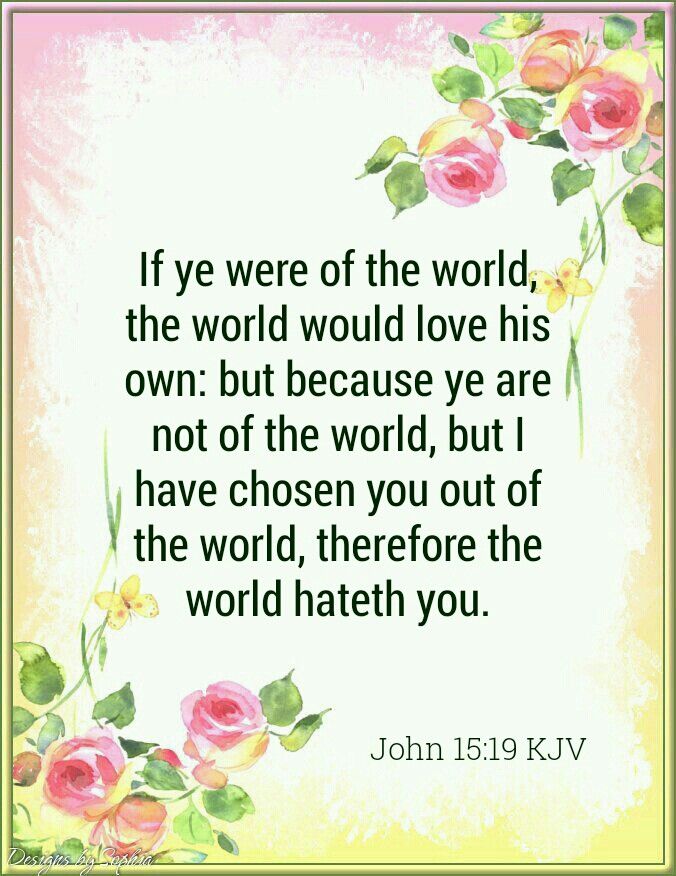 They then swore by the one they worshipped (31:53). Terah was an idol worshipper; his son Abraham worshipped the one true God, but it was not known who Nahor (Abraham’s brother) worshipped. Jacob gives thanks to God for protecting him throughout everything by offering sacrifice (31:54). Laban gets a proper goodbye, departs and returns to his place and this is the last we’ll hear of him (31:55).

Up next: Jacob wrestles with a heavenly being (God? An Angel?) and reunites with his twin.

^ “On my knees” refers to the custom where the husband impregnated the surrogate while the surrogate reclined on the lap of the wife, and how she might even recline on the wife as she gave birth. The symbolism clearly showed the child was legally the child of the mother, not the surrogate, who merely “stood in” for the wife both in conception and birth. (blueletterbible.org)

^ Bilhah and Zilpah were not wives, but concubines/surrogates. Surrogates are there to bear children for families who desire them and therefore; they have no rights over the child not even in the naming process.

^ Jacob’s principles for prosperity (via blueletterbible.org): 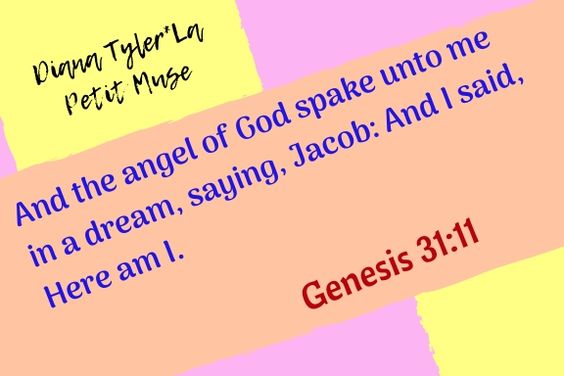