After this post, I believe that there are just three more posts to go before I get back to regular scheduling. Until July 23rd, you can vote for the goal of the tournament on FIFA here: Goal of the tournament but I already know who my winner is regardless of the end result from the very first time I saw it.

LE PLUS BEAU BUT DU MONDIAL!

Other goals I loved:

This was such an amazing goal!

He is too good with his head! 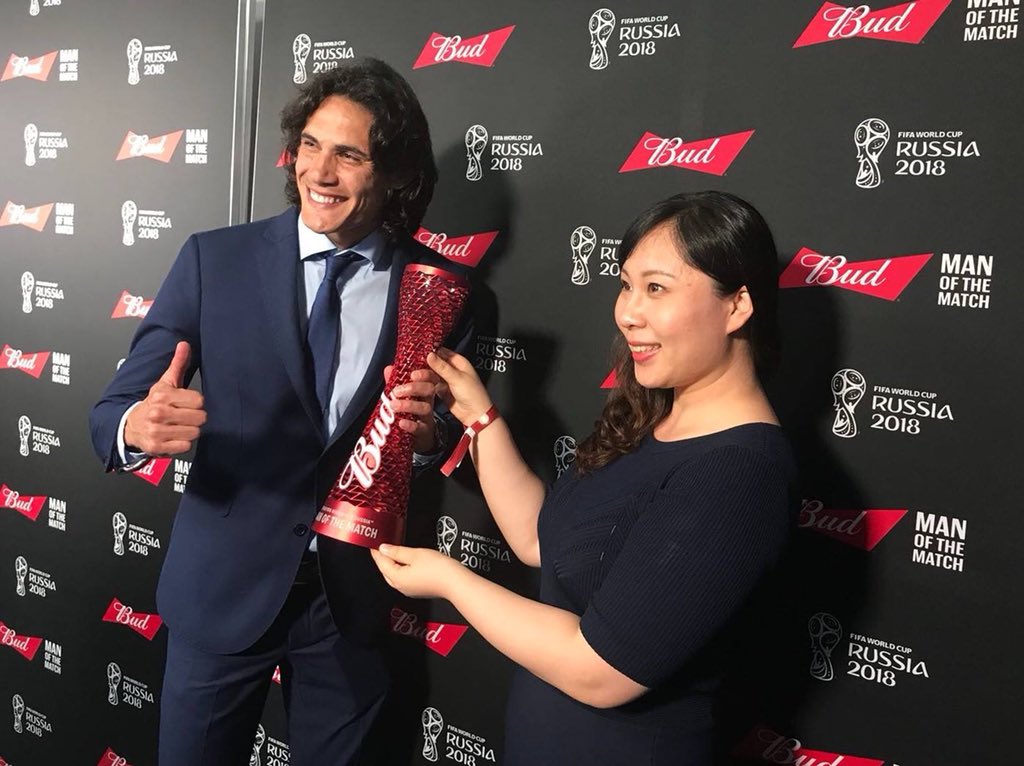 It was delirium in St. Petersburg when Lionel Messi put Argentina ahead in the 14th minute!

But Leo knows that this might just be the last time to represent and bring home the ultimate prize for his country and when he took to the field in this must-win match against Nigeria, he brought his A game.

Nigeria leveled in the 51st minute when Mascherano gave away a penalty and Victor Moses stepped up and tucked it away. But it was Argentina who’ll have the last say when Marcos Rojo scored their vital goal in the 90th minute.

Overall, it was a great match and if this Argentina shows up on Saturday against France, well, I wouldn’t complain as they’re both teams I love and support. I’ve been stressing about France’s room for improvement and if they want to continue, then Argentina should be a real test for them.

Congrats Argentina. You live again for another day.

He does his talking on the pitch and off it, he is quiet. He doesn’t want to live like a superstar instead, preferring privacy.

Lionel Messi easily became one of my favorite footballers when I first saw him play. However, off the pitch, he’s the least interesting man in the world. Where many footballers like to be seen and heard, Leo actually shies away from such things preferring the comfort and privacy of his home. And speaking of home, it’s actually quite easy to walk up to his home for he lives on a regular street instead of on a private road/area with security flanking his property. He lives in an old home in the town of Castelldefels which has a view of the Catalan mountains.

His neighbors say he’s like a ghost, though, for he doesn’t mix and mingle in sheer abandon.

Interviews and photo shoots are not a total nightmare for him, but if he could skip them all, he definitely would. He never considers himself to be the best player, but I agree with his best friend, Sergio ‘Kun’ Aguero:

He’s very passionate in representing Argentina on the international stage despite the country not being fully behind him at times for they’re itching for another Maradona:

He gives back via The Lionel Messi Foundation which helps children around the world suffering from health ailments. Last year, the foundation partnered with UNICEF and helped build 20 classrooms in Syria.

Leo is famous, yes, but he doesn’t play it up to his advantage, thus preferring to live like a recluse away from prying eyes. He speaks little preferring to do his talking on the pitch. He seeks simplicity not wanting the attention to be on him 24/7. Whether or not, Leo wins the World Cup with Argentina, he’ll always be legendary and the greatest player of this generation the beautiful game has ever seen.

All the best, Argentina.

***GIFs and photo via Google Search