I’m beginning to understand why some people prefer to download books online rather than buy or even borrow them from the library. Some books are a total waste of time for they don’t live up to the hype that you sometimes expect. I’m on a book buying ban until my TBR goes down, but I bought two books recently: true crime stories written by James Patterson and John Grisham. I can’t wait to get started on them, but first, these books that I’m about to pass judgment on.

Book #135: All the Light We Cannot See by Anthony Doerr

This book was ten years in the writing and the author won the coveted Pulitzer Price. Although well written and polished, I didn’t feel anything. It felt too long at times and it dragged. I couldn’t wait to finish and I started speed reading at some point.

The book was beautifully envisioned but it fell short.

Main themes in this book:

Doerr wrote the passages wonderfully. They were so descriptive that I saw the poverty and heard the bombings, but I think he spent more time developing the settings than the characters thus making them unmemorable. I couldn’t identify with them.

And why in the world are Pulitzer Prize-winning books so depressing? Thank goodness I did not buy this book.

Book #136: Murder in the South of France by Susan Kiernan-Lewis 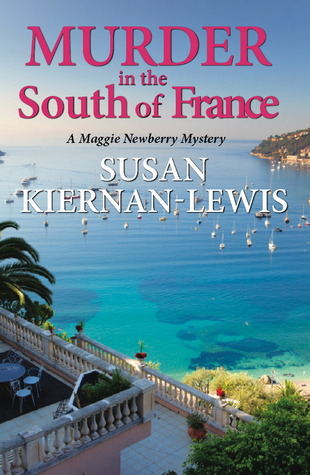 I was left disappointed after reading this book. I only finished it because of Laurent and to confirm my suspicions. The title is misleading and should’ve been Murder in Atlanta because there was nothing to solve in the south of France given that we have to wait until Book 2 to see whose body was passed off as Elise’s. I think it’s Laurent’s common-law wife & I think Nicole is Laurent’s daughter. The author tried to throw readers off with who the actual murderer was with all signs pointing to a Frenchman, but I knew it was not Gerard nor his conman brother, Laurent. I couldn’t buy the real murderer’s motive, though. It felt off.

Although I haven’t been to France (as yet), the French felt forced and the grammar was atrocious. I didn’t feel transported to France. I didn’t get a sense of the local people and I couldn’t feel the atmosphere.

Every single character (except Laurent) was stupid especially Maggie, the main protagonist. Laurent danced back into her life after nearly six months of no contact and she readily accepted him without being an ounce suspicious.

^ This book was not properly formatted.

^ I did not like the stereotypical American-French references. Every time I read a story where these two cultures clash, the American always act like the saint. Take this example on page 35:

“And having babies out of wedlock? Maybe y’all do that sort of thing over here and it’s no big deal, but it’s a definite faux pas where I come from.”

I actually rolled my eyes when Maggie said this. Who does she think she is? Americans are not so saintly when it comes to having children outside of marriage. Laurent gave her a typical French sarcasm reply:

“Perhaps that is why your sister come to France, non? It is, for her, a world that understands her better.”

^ I am not fluent in French, but I don’t think s’il tu plâit is the correct term. And the accent above the ‘a’ is wrong. The correct form is s’il te plaît. For the second person singular the subject pronoun is “tu” and the object pronoun is “te”. To make matters worse, it was a Frenchman (Laurent) using this wrong term.

This too, coming from an author who spent part of her childhood in the glorious Alsace-Lorraine, France.

“Oh, I miss you so much, Laurent. I’m so used to possessing everything through you, it’s hard to have an independent thought.”

And Maggie Newbury is supposed to be the star of this series? Yeah right! If she cannot think on her own and has to rely on Laurent for even much as breathing, I am not going to follow Maggie anywhere else.

“Lying is bad, Laurent! I know there’s a culture difference here, but I would’ve thought even the French were on board with that. You lied. To me.”

DEAR STUPID WOMAN, WHAT DOES CULTURE HAVE TO DO WITH LYING? EVERYONE LIES! IT DOESN’T MATTER WHERE ONE IS FROM! GET OVER IT!

^ There is no chemistry between Maggie and Laurent.

^ I wish Patti had murdered Maggie and her parents and Brownie and the ever jittery Gary.

Laurent Dernier. He is not your typical slender sexy fictional Frenchman, but still quite handsome. I didn’t buy his charms when I first met him and I’m glad I was right about him being Gerard’s brother. He was the only character who wasn’t a bore and he has an actual interesting background story. I think the author spent too much time on this one.

Book #137: Everything I Never Told You by Celeste Ng 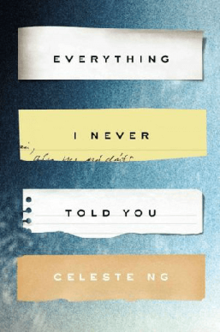 One of the best debut novels I’ve read in years!

Do you think you know EVERYTHING about your daughter?

From the get-go, you feel the characters speaking to you. James Lee is Chinese American and he feels like he has never fit in anywhere in life until he met and married the pretty blue-eyed American Marilyn. The children: Nath, the eldest, Hannah the youngest, and the middle child aka Parents’ Favorite, Lydia, who inherited her mother’s blue eyes.

Marilyn was supposed to be a doctor, but those dreams were dashed when she met and fell in love with Professor Lee. Motherhood definitely was not in her cards, but she saw redemption of accomplishing her dreams through Lydia. James was never popular. As an Oriental, he never fit in and he was the subject of bullying. He saw redemption through Lydia’s beauty. The Lee family had no friends. Marilyn and James never hosted dinners or parties and the children never had real friends either.

I think this was a brilliant debut novel from Ng, but I have to point out the race issue. I know it was the 70s, but Ng made it seem as if every single person the Lees encountered has never seen an Oriental person before, and almost everyone was prejudiced against them. I think the author could’ve dealt with this differently. The book felt unfinished as I was not satisfied with the ending. I don’t mind authors abruptly ending their stories, but this was not the end. It just…ends! But I like it. It was about a family dealing with the loss of a child and Ng captures the pain and hurt beautifully.

I like this author’s writing and I am open to reading more of her books.