Toucans are beautiful creatures with oversize and sometimes colorful bills that you can’t miss ’em. I actually had another bird in mind for this post – the Trinidad Piping Guan – but after my sister sent me some Toucan pictures, well, it seemed like fate, for they’re iconic. 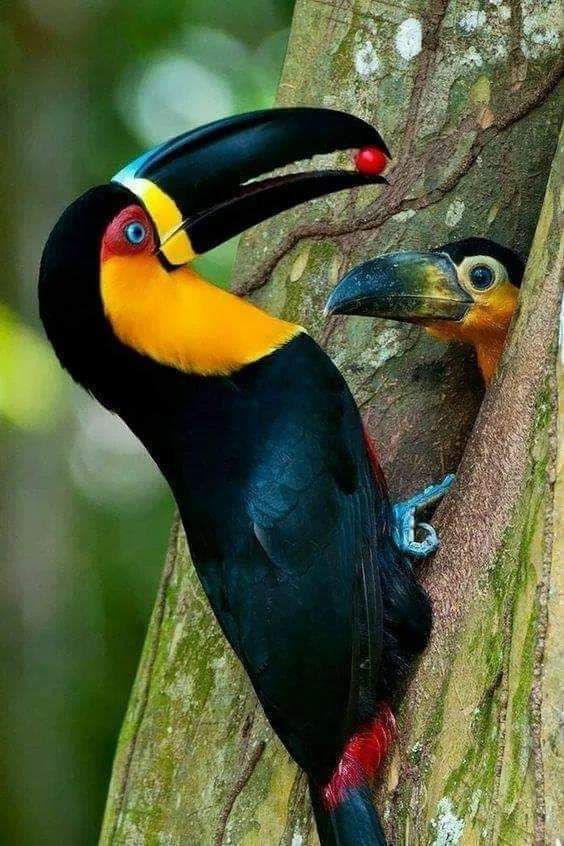 Image: Nature at its finest!

🐦 Also called the Toco Toucan, it is the largest toucan of all the species, measuring in at a whopping 25 inches (63.5 cm) with an 8-inch (19 cm) neon orange beak. When compared to the size of its body, the Toucans as the largest bill of all the world’s birds.

🐦 The Toucans’ colorful extravaganza is designed to camouflage for the rainforest that allows them to hide amongst the plants. They can be found in the Caribbean, Southern Mexico, and northern parts of South America. 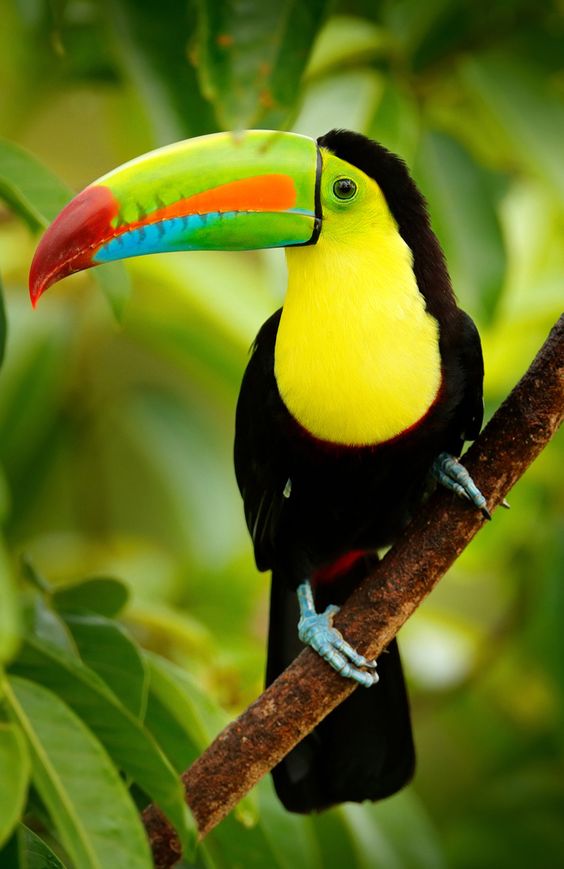 🐦 Toucans take shelter in hollowed out trees usually created by woodpeckers. By the way, woodpeckers are closely related to toucans.

🐦 Toucans manage their body temperature by adjusting the blood flow to their beak as more blood means more heat release. Due to this, the creatures sleep on their beak to conserve heat. I learn that their beaks are actually soft, so they’re unable to use it for digging or fighting; the inside of the beak is made of bone, whereas the outer beak is made of keratin. 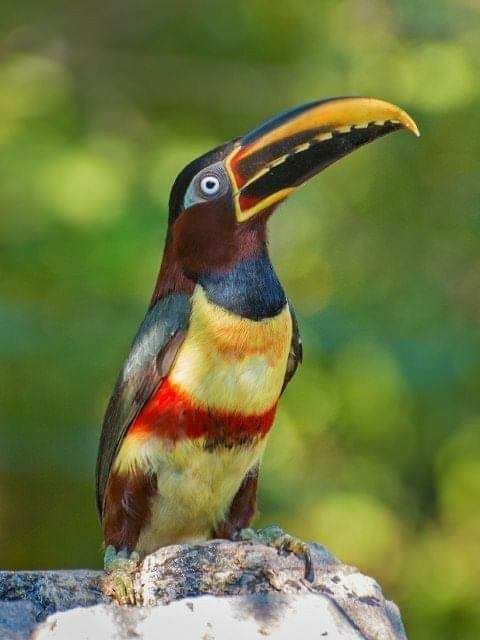 🐦 Belize has the rainbow-billed (also called keel-billed) toucan as its national bird.

Here’s the thing, I see many people have pet toucans, but I prefer to see them in their natural habitat where they can be free to fly, have a family, and do toucan things. They’re not puppies or kittens and I dislike seeing them being treated as such. Via Birdfun, listen to the sounds of a few Costa Rican birds including the yellow-throated and keel-billed toucans!

16 thoughts on “The Toucan”