After completing the study of Genesis last year, I wanted to dive straight into Exodus, but the timing was not right. I’ve since moved on to restudy other books and I’ve discovered so many gems, but they’re not to be shared until the Lord permits me to. So, let’s recap where it all started. 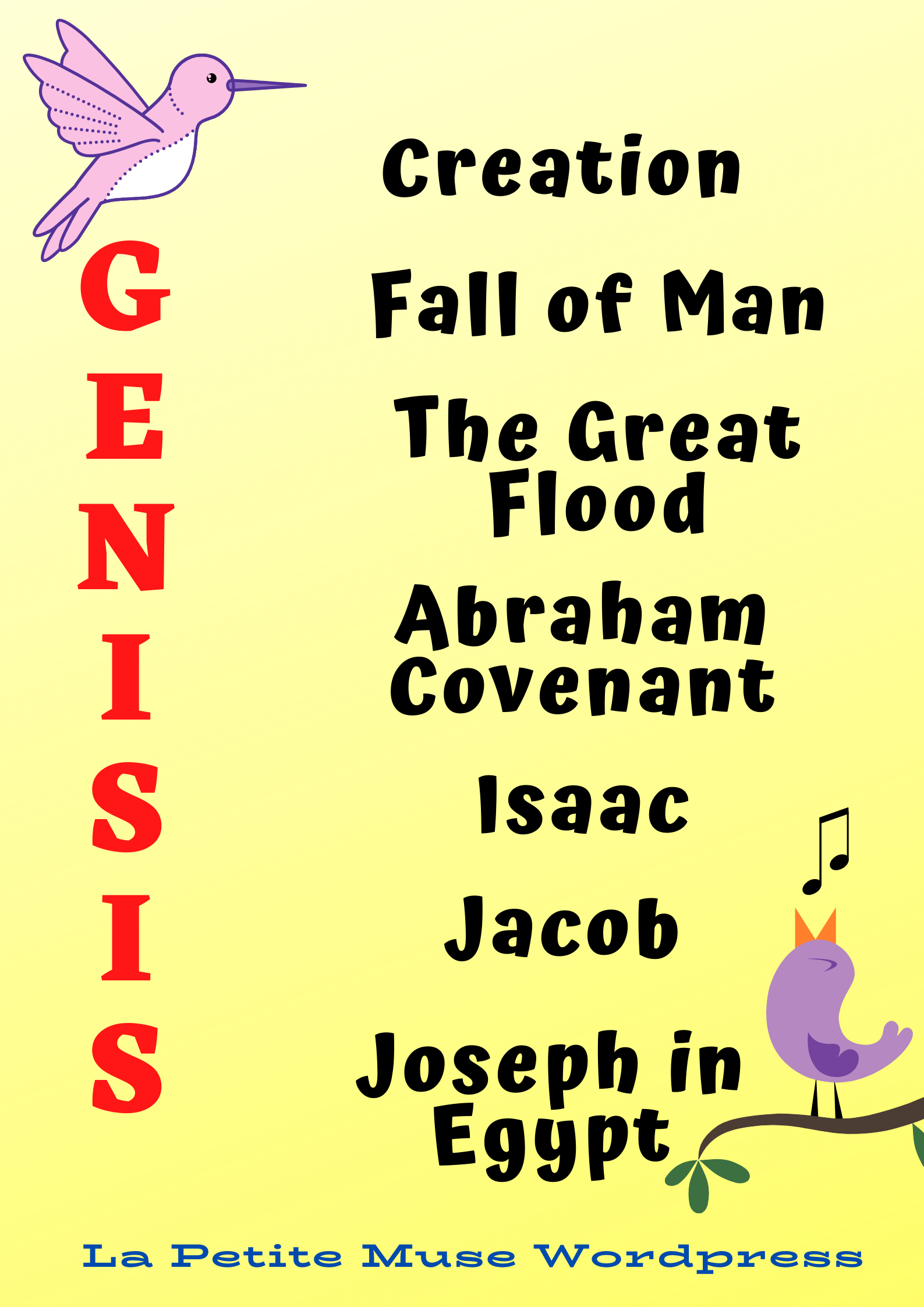 Position: the 1st book of the Bible, Old Testament, and Pentateuch

The Book of Genesis opens with the story of creation. It is followed by the fall of man, the spread of civilization, the Great Flood, the call of Abraham, promises of salvation through the Messiah and Joseph in Egypt as a type of Christ.

Genesis relates to the beginning of the universe, life, time, mankind, the Sabbath, marriage, sin, death, family, redemption, prophesy, language, and sacrifice. This book covers more time than the remaining books of the Bible combined.

It has 3 sequential geographical settings:

The time frame of these 3 segments are:

I’ve learned a lot since I’ve restudied Genesis. From creation to redemption plans. However, there is an analogy that stood out for me besides the typification of Christ, and that is when God clothed Adam and Eve. After the couple is banished from the Garden of Eden, God clothed them (3:21; also cross-reference Matthew 6:25-34). This scene typified Christ’s death for in order for God to clothe the pair, He had to sacrifice an animal to create the garments. That means blood had to be shed and in this early scene, we see God’s desire to save mankind, but first, someone had to die for our sins. And in 22:13, a ram is provided for a sacrifice. Christ arrives on the scene later to fulfill every Messianic predictions from Genesis:

After the fall of man, God could’ve ended mankind and declared the end, but He had us in His heart, and thus, we’re just at the beginning of the greatest love story ever told. Although we grieve Him, He still loves us very much.

Genesis covers more time than any other book in the Bible. It opens with the words: “In the beginning God created” (1:1), and it ends with “in a coffin in Egypt” (50:26). Thus, it covers the whole plight of man, who was created in God’s image to live forever, but because of sin became destined for the grave. The book leaves the reader anxiously anticipating the redemptive intervention of God (via bible-studys.org).

Have you read this wonderful book where our history begins? What’s your favorite verse or chapter? Which character did you identified with the most? What was your favorite lesson, discovery, or analogy?