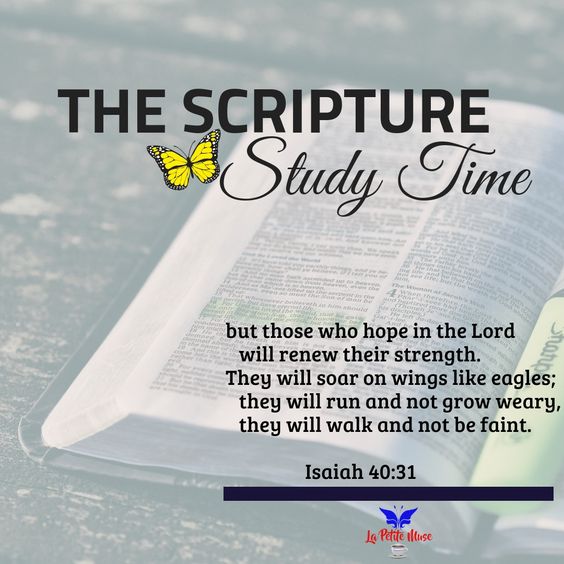 49:1-2 > Jacob calls his sons together to pronounce a blessing upon each one. Israel was about to speak to his sons, and he did not want them to only listen, but to take heed of what he was about to say.

49:3-4 > Being the firstborn, Reuben had claims to the inheritance rights of the firstborn, but he defiled it through pride and immorality by laying with Bilhah, the mother of his brothers Dan and Naphtali (35:22). “Thou shall not excel”: The birthright and the double portion was given to Joseph; Reuben had one. He did not excel in honor, wealth, riches, or in numbers (Deuteronomy 33:6) all because his eyes were set on temporal fleshy pleasures rather than on God. His tribe never did excel and no important person (judge, king, or prophet) came from the tribe of Reuben. 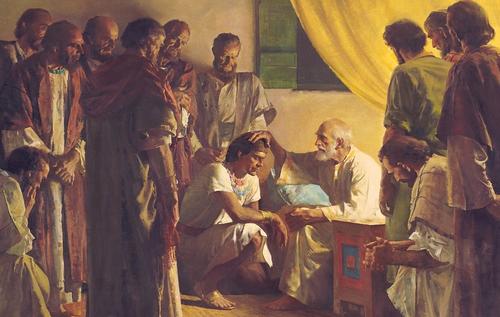 49:5-7 > The second-born son Simeon and the third-born Levi are also harshly reprimanded for their evil deeds. They used circumcision (their covenant with God) to cruelly kill and avenge the rape of their sister Dinah. This only brought shame and disgrace to the house of Israel. The tribe of Simeon became the smallest in the second census of Moses (Numbers 26:14), were left out from the blessing of Moses (Deut. 33:8) and shared territory with Judah later on (Joshua 19:1-9). As for the tribe of Levi, they were scattered throughout Israel and because of their loyalty to God and by His grace (Exodus 32:26), they became a priestly tribe and the Lord was their inheritance.

49:8-12 > Judah’s name signifies praise. David and Solomon were of this tribe as well as the Messiah Who is referred to as “the Lion of the tribe of Judah” in Revelation 5:5. Jesus is referred to as Shiloh, the name meaning, “He whose right it is”. This tribe prospered greatly and had the largest population in Moses’ census (Numbers 1:27; 26:22). Judah was greatly blessed in material abundance and their land was a wine-growing country (Song of Solomon 1:14). We can see Christ through the everlasting blessings of Judah!

49:13 > The tribe of Zebulun was situated by the seashore (between the Mediterranean Sea and the Sea of Galilee) and benefited greatly from the trade route, the Via Maris.

49:14-15 > The tribe of Issachar is compared to an ass for its strength and for also their use in farming. They were strong, yes, but they would enjoy the good of the land and not strive for it, hence why they were mostly always put into servitude.

49:16-18 > Dan signifies “to judge” and one such notable judge that came from this tribe was Samson. Dan shall be a serpent by the way: This was certainly a troublesome tribe for they introduced idolatry into Israel (Judges 18:30). In 1 Kings 12:26-30, Jeroboam set up an idolatrous golden calf in Dan and later on, Dan, unfortunately, became a center of idol worship (Amos 8:14). Dan was left out of the listing of tribes regarding the 144,000 in Revelation 7:5-8; however, it is the first tribe listed in the millennial roll call of the tribes in Ezekiel 48. “I have waited for thy salvation, O LORD.”: The salvation of Samson was a temporary one whereas the salvation of the Messiah is an everlasting one. Jacob was ready to rest in Jesus.

49:20 > The tribe of Asher (which signifies happy or blessed) occupied great land from Zidon to Carmel of the sea; from the great sea to Asor, and even to Naason. They were fruitful in oil, wine, and wheat.

49:21 > Naphtali certainly give beautiful or goodly words for their land was in the key portion near the Sea of Galilee, where Jesus did much of his teaching and ministry (Matthew 4:12-16).

49:22-26 > Joseph was a type of Christ. Although he was shot at (The archers have bitterly grieved him), he was still a prosperous and fruitful bough. His strength came not of himself, but from God. Jacob listed 5 wonderful titles for God while pouring out his blessing over Joseph: The Shepherd; the Stone of Israel; the Almighty; the mighty God of Jacob and the God of your father.

49:28 > Jacob concludes the blessings of his sons aka the 12 tribes of Israel.

50:1-3 > Jacob is embalmed and mourned for 70 days among the nation of Egypt.  Embalming is not a Hebrew custom, but rather an Egyptian one. The Hebrews do not embalm but bury their dead. In this case, it was necessary to embalm Jacob in order for his corpse to be carried and buried in the land of Canaan.

50:4-6 > After the mourning period, Joseph seeks the Pharaoh’s approval to go up to Canaan to bury his father.

50:7-11 > It was a grand and honorable funeral procession fit for a king. The Egyptians did this because of their love and respect for Joseph. There was a seven-day mourning period for Jacob at the threshing floor of “Atad”. Seven means spiritually complete. Abel-mizraim or “Mourning of Egypt” was so named by the locals perhaps due to seeing so many Egyptians, they thought it was an Egyptian who died.

50:12-14 > Jacob is buried in the cave of the field of Machpelah by his sons and everyone returns to Egypt.

50:15 > Seeing that Jacob was now dead and buried, Joseph’s brothers yet again developed another fear through guilt. They thought that Joseph hated them and he pretended to get along with them for the sake of their father and now that Jacob was dead, a new hatred was going to take root. In the following chapters, we’ll see how this is further from the truth.

50:16-18 > Joseph’s brothers concocted a story through fear and their guilty conscience. Their action causes Joseph to weep for they thought lowly of him. He had already forgiven them and put the past behind. In the 18th verse, the brothers decided to go for themselves and humbly fall before Joseph (37:9).

50:19-21 > “Fear not: for am I in the place of God?”: Here, Joseph reminds his brothers that he would not arrogate himself with the power and vengeance that belongs to the Almighty. Given his status in Egypt as a high-ranking official, his word would’ve been good as gold, but Joseph knew that he was not God. Besides, whatever evil man may bring against us, God uses it for good (Romans 8:28).

Joseph comforts his brothers through his word and showed compassion. He loved them, forgave them, and provided for them. He is a beautiful shining example of how we should live with our family, enemies, and neighbors.

50:22-24 > Every time I read these closing chapters of Joseph’s life, I tend to get a little teary-eyed. Joseph was basically the first person I admired greatly when I was younger and was first introduced to Bible stories in primary school. Had none of those events occurred in his young life, then the Messiah couldn’t have come forth (see additional notes below). So, Joseph lived to be 110 years old and saw his great grandchildren’s children. In his last days on this earth, Joseph was content and happy.

50:25-26 > Joseph died as he lived: firmly trusting in God to carry out His promises. It was by faith that he trusted in things not yet seen. According to Hebrews 11:22, Joseph was never buried in Egypt, but he was put in a coffin for 400 or so years until it was taken back to Canaan by Moses (Exodus 13:19) and buried by Joshua at Shechem (Joshua 24:32).

Bible scholars put the death of this remarkable man at ca. 1804 B.C.

And this is where the Book of Beginnings ends.

Up next: A look back…

^ Even when forgiven, the sins of our past can come back to hurt/haunt us for they may carry dreadful consequences that we have to face for a lifetime as we saw with Reuben and Simeon and Levi.

^ Dan shall be a serpent by the way: Because it was the tribe of Dan that introduced idol worship to Israel, some Bible scholars think that “serpent by the way” suggests that the Antichrist comes from this tribe based on Daniel 11:37 and Jeremiah 8:16.

^ Joseph lived a remarkable life because he trusted firmly in God. Had his brothers never sold him, he would’ve never gone to Egypt. Had he not gone to Egypt, he never would’ve been sold to Potiphar. Had he not been sold to Potiphar, he never would’ve been accused of rape by Potiphar’s wife. Had she never falsely accused him, he never would’ve been put in prison where he meets the baker and the butler. Had he never met them, he never interprets their dreams, never gets to interpret the Pharaoh’s dreams, is never made Prime Minister, will never consult and save lives during the severe famine. Had he never gone to Egypt to go through what made him who he was because of God, then his family would’ve surely died from the famine in Canaan. Had this family ceased to exist because of death by famine, then the Messiah can’t come forth and Jesus never came. Now, take a moment and imagine, what if Jesus never came?

Heavenly Father, we bless and thank You for sending Jesus Christ to die for our sins and to give us hope. We also thank You for Joseph and the role he played in allowing the Messiah to come forth through his faithful actions in Jesus’ Name. Amen. 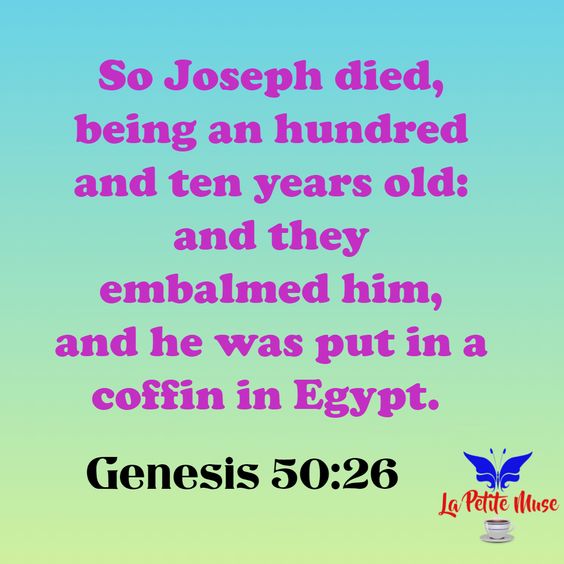