So Potiphar left everything he had in Joseph’s care; with Joseph in charge, he did not concern himself with anything except the food he ate.

Now Joseph was well-built and handsome,

We just came from reading Genesis 39. We see that Joseph was handsome in form and appearance and he caught the roving eyes of Potiphar’s wife who tried (and failed) to seduce him. We’ve met many males in the Bible, but the emphasis of their beauty was not taken into consideration as Joseph’s (or a few others for that matter).

How the conception of male beauty has changed! In the Bible where a man was called handsome, we now call them pretty boys. It’s like the world is out of manly men! The men lately want to be in touch with their feminine side so they want to be metrosexuals. It’s all part of today’s worldly deception.

The Bible calls a few other men handsome. One was even praised for his flawless beauty. Can you name them? Answers next Sabbath be it God’s willing as the theme this upcoming week is going to be centered around beauty.

Let us continue to praise the holy name of our Lord. Let us sing hallelujah until He comes again. Let us lift up our voices to the sky and magnify our King! Jesus Christ is coming back again; never be afraid to let the world know.

39:1 > So, the Ishmaelites brought Joseph to Egypt and sold him to Potiphar, an officer of the Pharaoh and captain of the guard (meaning that Potiphar was a highly trusted official in the Egyptian government).

39:2-3 > God was with Joseph. Even while he was a servant in Potiphar’s house, God blessed him tremendously. Although Potiphar might not have known Jehovah for he was a sun worshipper (Ra), he knew where the blessings came from. And just by seeing Joseph work honestly and diligently, Potiphar knew that Jehovah was real.

39:4-6 > Joseph now had favor with both God and man. Potiphar liked and trusted him so much that he made Joseph the head servant or steward of his house committing all his business to Joseph’s care. Remember, when Joseph first came to Egypt, it was foreign to him. He didn’t know any of the customs, the culture, or the language, so he had to rise early and stay up late to do his job and to also learn the ways of the Egyptian.

All of this was setting the wheels in motion for something much bigger in Joseph’s future despite being a slave.

39:7 > Joseph was said to be handsome in form and in appearance, so it was not long when he caught the roving eyes of Potiphar’s wife. “Lie with me,” said the predator to the prey. She tries to seduce Joseph into adultery, a sin God loathes. Some suggested that Potiphar was most likely a eunuch and the marriage was that of a ceremonial arrangement. But whether he was a eunuch or not, Egyptian women (in the ancient world) did not care for any code of morality. Even if they were married, they’ll seduce and sleep with whoever the eye desires.

39:8-9 > Joseph refuses her advances and tries to reason with her. He calls adultery a “great wickedness” and “a sin against God”. He told her that Potiphar has been nothing but good to him and he refused to partake in this wicked thing. He lets her know that although it might be alright with Potiphar, it wouldn’t be all right with God for a man should never share his wife.

We like to call sin by another enticing name, but Joseph calls it what it is: sin.

39:10 > Potiphar’s wife persisted, though. Joseph’s reasoning went into her right ear and out her left. And as the days went by, she continues to make advances against him. But Joseph resisted the temptation. He had to tell her no EVERY DAY! proving that he was faithful to God in his actions. He knew that if he sinned, he would’ve sinned not only against Potiphar but also against God (Psalm 51:4). He also made sure to never be caught in her company alone as evidenced in the following verse.

Joseph was in the world (Egypt), but his faith and devotion in God helped him to stay on the right track and to kick temptation in the face. 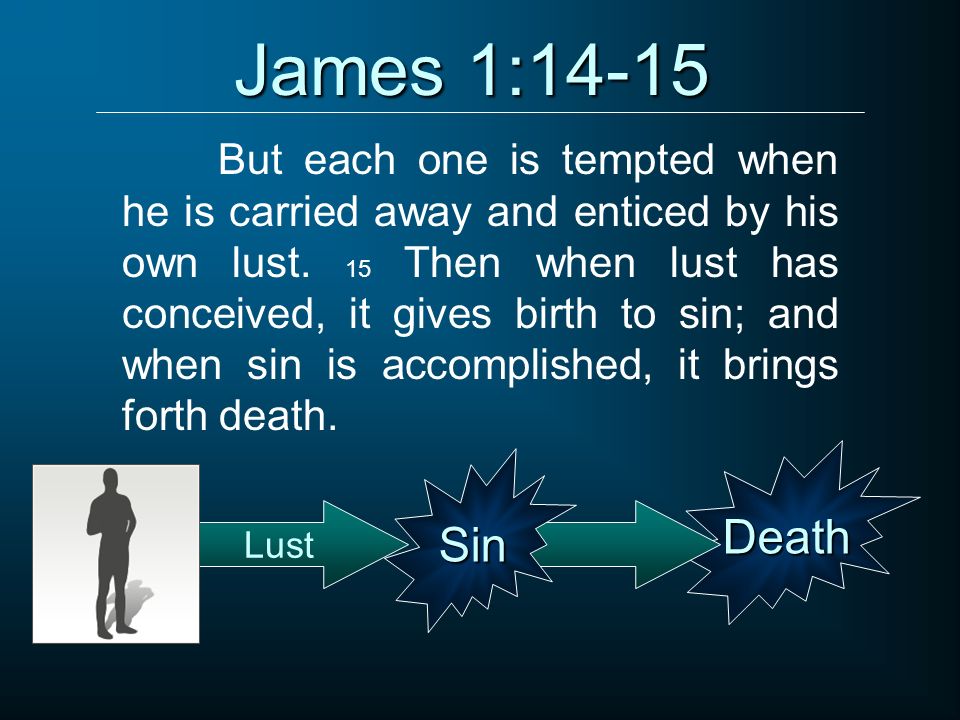 39:11-12 > “And it came to pass about this time” biblical scholars note that this could’ve been a year after the woman of the house began making her bold sexual advances towards Joseph. She made sure none of the men were in the house so she could trap Joseph when he came to do his business (inspect the accounts etc.). She ambushed Joseph, grabbing him by his garment, but he fled from the scene quickly leaving his garment behind. This is what we must do when faced with temptation: run as fast as we can away from the lust of the flesh!

39:13-18 > Potiphar’s wife makes unjust sexual allegations against Joseph when she realized that Joseph had no intention in taking her up on her offer. Her lust turns to hatred and she eventually accuses Joseph of rape and Joseph has no way to defend himself for there wasn’t a witness present. This brings to mind Jesus’ silence before his accusers.

39:19-20 > Potiphar had no way of knowing that his wife was lying, but in his eyes, his wife was telling the truth for she had a piece of Joseph’s garment as “evidence”. He put Joseph in prison instead of killing him. Even throughout this “trial” God was protecting Joseph for he was innocent.

39:21-23 > Joseph prospers in prison because of God. He has been blessing Joseph throughout the trials he endured. The Lord was with him no matter what. As a slave in Potiphar’s house, Joseph learned the business side of things. While in prison, he gained insight into the administrative skills that would not only save his family one day but also the world. The work of the prisoners soon prospered because God was with Joseph.

The butler and the baker

40:1-3 > Joseph meets the chief baker and the chief butler after they offended the Pharaoh. We’re not told what crimes they committed, but because of their occupations, we’ll have to go with food. And whether it was minor or major, the Pharaoh could care less. If he feels offended, he has the authority to throw anyone in prison.

40:4 > Although Joseph had a position of high ranking authority in prison he never misused his position, instead, using it to serve. Just as Jesus humbled Himself and served.

40:5-7 > Joseph was all about the people as we see from these verses. He was concerned about the baker and the butler instead of feeling sorry for himself. This paints a picture of how kind-hearted Joseph was.

40:8 > The men revealed that they’re sad because there was no one to interpret their dreams. Ancient Egyptians practiced the interpreting of dreams in order to foretell the future (oneiromancy) and they had their own dream interpreters, but Joseph let the men know that interpretations – and any foretelling of the future for that matter – belonged to God. Seeing that the men were disturbed by their dreams, Joseph invites them to relate their dreams to him for he was confident God knew what the dreams were about. 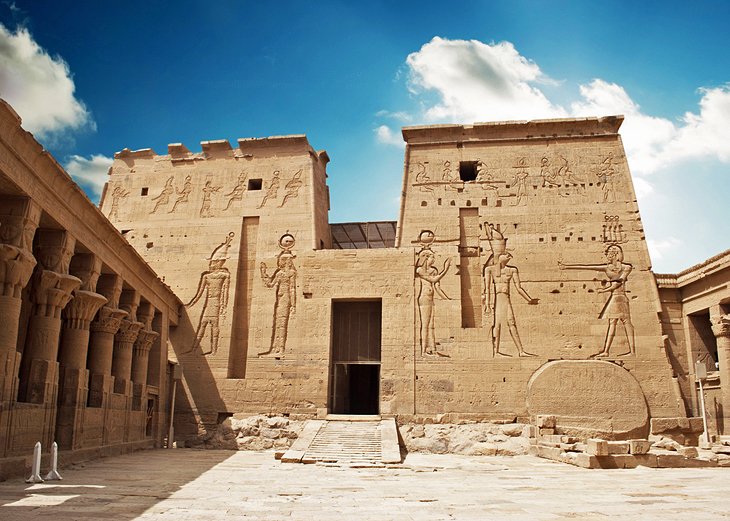 40:12-15 > Joseph interprets the butler’s dream and it’s good. He requests the butler’s kindness, but the butler won’t remember him until the time was right which was God’s perfect timing: two years later.

40:16-19 > The baker is delighted with the interpretation and decides to tell his dream to Joseph also. His joy is shortlived, though. Now, imagine had the baker told Joseph his dream first and the butler decided not to tell his because of fear of bad news, how would he have known to mention Joseph’s name to the Pharaoh two years later? All things work together for good (Romans 8:28).

40:20-23 > Three days later, the Pharaoh celebrates his birthday by restoring the butler to his position and hanging the baker thus fulfilling Joseph’s interpretations. Also, this is one of two instances where birthdays are mentioned specifically in the Bible, the other being King Herod. Both kings made a feast and in both cases, a man was killed. The baker was hung and John the Baptist was beheaded.

Up next: Joseph’s rise to greatness

^ Butler literally means “cupbearer of the king” and he would’ve been the one to serve Pharaoh his drinks. 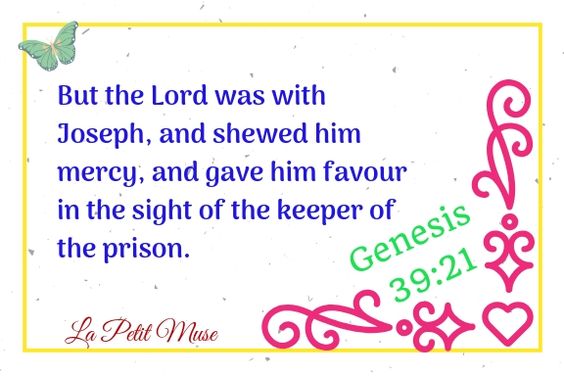