It’s been a while since I’ve done book reviews! I’ve been in a reading slump since June despite reading around the World Cup. It’s kind of hard for me to not read. I like being surrounded by books and it’s been fun watching my TBR go down in the past few months.

Let’s get to those 3 books I plan on reviewing today. 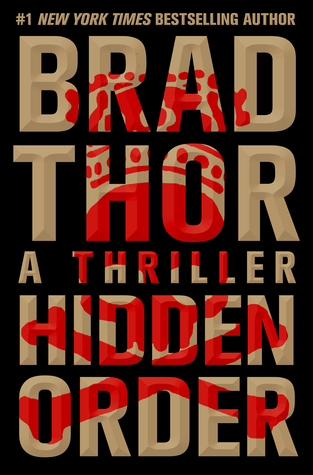 This is the 12th book in the Scot Harvath series. I recall saying that this book was a 3/5 during my 3rd haul for the year and it most certainly was when I started reading it, but I won’t call this book a thriller and when I finally came to the end I had to deduct a coffee so it’s 2/5.

The book was too ‘talky’. We got a history lesson in the Federal Reserve, CIA, and Economics. I didn’t ask for thorough historical details. In one breath the author talks about the conspiracies surrounding these so-call organizations and in the next breath, he contradicts himself by calling ‘truthers’ crazy. Make up yer mind, man!

Thor takes stories from headlines and tosses his characters right in the middle of it. At times it read like a scene from the Mission: Impossible movies, but without the non-stop action.

Five names appear on a secret list. They’re kidnapped and start showing up dead and Scot is hired to find these kidnapped people. Scot runs the investigation without even asking or trying to figure out who had access to the list. Some agent, but it’s okay for not everyone can be Ethan Hunt. And I can’t warm up to Scot Harvath. Scot is so much into Scot he’s making Cristiano Ronaldo look like a saint. Thor needs to watch Ethan Hunt for inspiration and learn how to keep his protagonist likable so we can root for him and not roll our eyes everytime his ego checks in and he’s in luck for Fallout is in theaters now. 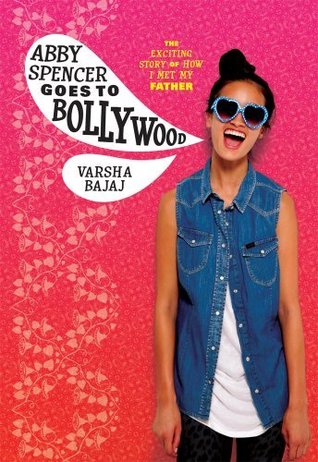 Why? Why was this book released?

This book targets Middle Graders. I was excited to read it because I love reading books that feature India, but it tortured me and I had to give it 2/5.

Annoying 13-year-old Abby discovers that her father is a Bollywood star. Oh, excuse me, according to page 85: “is the King of Bollywood!” Shah Rukh Khan wouldn’t like that for he thinks he’s the greatest gift to women. 😆I’ll pass, though.

But back to the book. The plot was boring and the characters weren’t too colorful themselves. Abby Tara Spencer doesn’t know her father, but when she comes into the discovery that her father is Naveen Kumar and Bollywood’s biggest movie star, her life takes a dramatic turn. Naveen finds out about her and invites her to spend time with him in Mumbai so he can get to know his daughter better.

Almost everytime Naveen’s name is mentioned, it’s followed by the adjective “shirtless”. Abby is only 13 and is concerned about her Bollywood hunky dad being shirtless most of the time. It got quite annoying to the point where I wondered if the author had wished to have a hot shirtless Bollywood actor as a father or was Shah Rukh Khan actually Naveen in her mind?

After reading this book, I still had no idea what the author’s purpose was for writing it. My sisters read it before me and they too were underwhelmed. Knew I should’ve watched Kuch Kuch Hota Hai for the 10th time or so and skip this book! 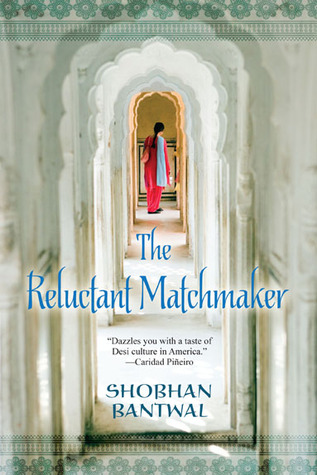 This might get lengthy for I have so much to say about this book. In every book I’ve read about Indian women, the main goal is for her to find the IIH (Ideal Indian Husband) despite age, despite her beauty, despite her future goals, and this same plot follows Meena, a 31-year-old Indian-American whose native tongue is Konkani (how beautiful!). Meena works in marketing and her job is to make Rathnaya (yes, that’s the name of the company) look good. This book was so boring and offensive in some areas that I can’t believe the great reviews it got on some sites.

The characters are boring, the writing is okay, but the story is mediocre. And the fat shaming being sprinkled around like parmesan cheese on pasta as early as page 3: If only Pinky ate a few less candy bars, she’d be attractive.

And I am only getting started. Meena is a short irritating idiotic woman. She is judgemental and her mind is set on material things. Her brothers act like 7 year-olds instead of their age. Then we have the tall love interest: enter Prajay, the rich idiot who co-owns the company Meena works at. He’s looking for a wife, but he only dates women over six feet. I can’t make this up even if I tried. He enlists Meena’s help to find him a datable giant babe from an online dating site because he needed a woman’s point of view. For what? The grocery list? As co-founder of Rathnaya, Prajay comes across as unintelligent and I lose a point of IQ every time he speaks.

This book is so superficial. There are subtle remarks from one’s height to skin color and class. It was also RAMMED with every imaginable Indian cliché:

* The obsession with fair skin.

* Why Hindus shouldn’t marry outside of faith (particularly Muslim).

* Arranged marriages and talk of it.

* Blaming of the American culture for influencing their children when the parents chose to migrate there and birth them.

* Parents value of sons over daughters.

There was no need for half of those topics for the author didn’t really do anything with them. All the author did was stereotype.

There is zero chemistry between the main characters. Meena fell in lust with Prajay and was pinning over him since accidentally bumping into him on their first encounter. She even made advances on him, but he just wasn’t feeling the shorty. There are hardly interactions on their behalf and yet, she thinks he’s the one? Give. Me. A. Break! That’s not love at all. The last chapter was a HUGE cringe. Whenever Prajay called Meena ‘baby’ the endearing term felt forced. Should’ve tried calling her ‘stupid’ for it definitely would’ve worked. My final verdict for this wannabe Bollywood mess is 1/5.