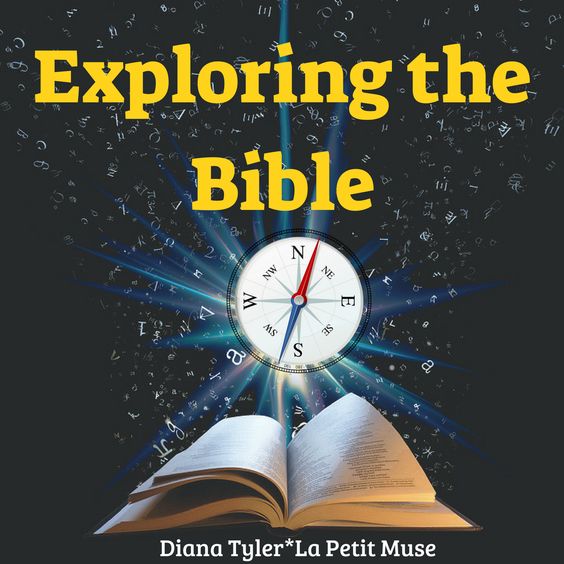 I like to explore the Bible. It’s a wealth of adventure, history, wisdom, and knowledge and some topics need more than just one post, so this new series is a branch of the Bible Study series which I’ve been doing for the past few months.

Welcome to Exploring the Bible. I’m your host Diana Tyler and today, we’re going to look at Abel and Cain and the similarities between Abel and Jesus Christ.

While reading the account of Abel and Cain in Genesis 4 regardless of how short Abel’s lifespan was, I couldn’t help but to note the similarities between him and Christ. As a matter of fact, the Old Testament is littered with many resemblances/symbols pertaining to Christ for they were a sign of things to come.

Outside the garden, Adam knew his wife and she bore him children: the firstborn Cain (Gen 4:1) and then his brother Abel (Gen 4:2). These two sons are very different. Cain tilled the field while Abel was a shepherd. When it was time to bring the offering before God, by obedience Abel chose the fat of the firstlings of his flock (4:4) whereas Cain disobeyed and brought what he wanted: some of his crops (4:3) therefore disobeying God. 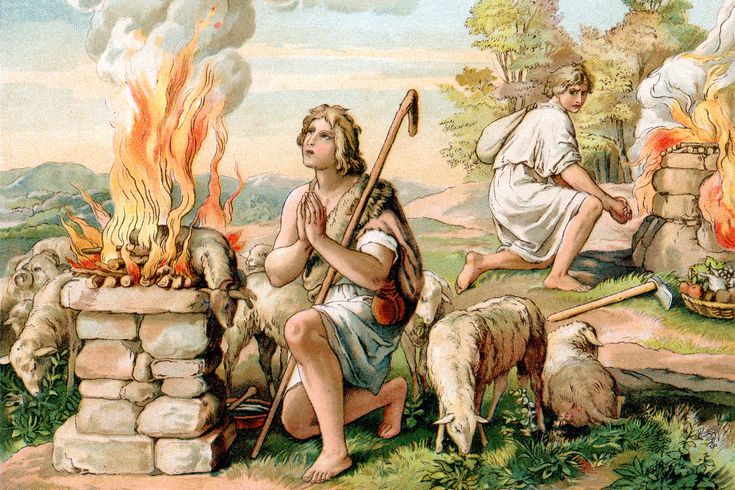 Abel and Cain with their offerings

Just like his parents, Cain chose to willfully disobey God and do things his way. It was like rejecting Jesus (Isaiah 53:3). The offering of the lamb is a picture of the pure, perfect, sinless Messiah (Jesus Christ). There was a reason why the lamb had to be spotless (unblemished) during offering for it represented Christ. Cain represents false doctrine that teaches we don’t need Christ and we can do like Frank Sinatra and do it our way. Whereas true doctrine teaches that we cannot save ourselves and it’s the reason why we need a Savior. I also have to agree with Philo of Alexandria (50 BC – 25 AD) when he said that Cain and Abel symbolize two parts of one’s personality: the part that seeks material things and the part that seeks holy things, respectively.

Abel and Christ: the similarities

* Abel was “a keeper of sheep” (Gen 4:2) which means he was a shepherd and our Lord is the good Shepherd (John 10:11). Psalm 23 is known as the shepherd chapter for it shows how some process involved in keeping sheep is related to us. In taking care of the sheep, Abel typifies Christ as caretaker.

* Abel owned sheep, so it’s obvious that he had his own flock to tend. Christ calls His people the “little flock” (Luke 12:32).

* Abel obeyed God when he brought his offering and because of his obedience, he was killed by his jealous brother. This humble death is symbolic of Christ’s death (Philippians 2:8).

* Abel’s offering foreshadowed the Great Offering for sin and anticipated the coming of the Lamb of God.

* Abel’s example of faith still speaks to us, his name appearing first in the Hall of Faith (Hebrews 11:4) so he did not die in vain; Jesus Christ’s offering now speaks to God (Hebrews 12:24).

Abel was a hero of faith and a righteous man (Hebrews 11:4). He is one of my Biblical heroes. Now, let’s venture where the curious roam. 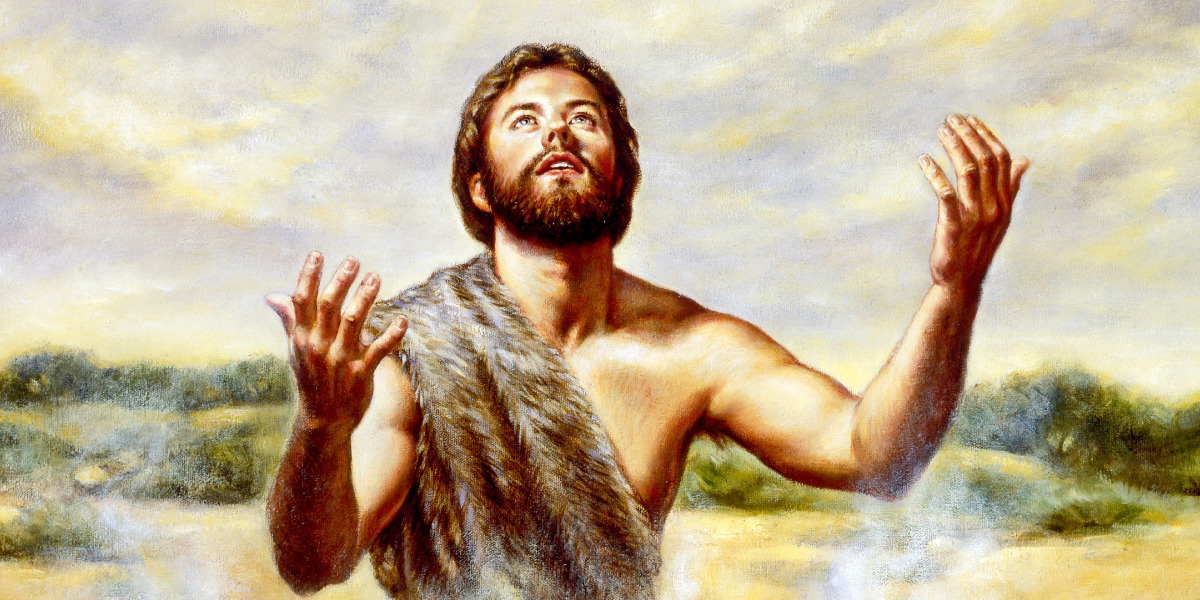 Were Cain and Abel twins?

Although this is somewhat implied, the Bible does not explicitly states that they were. Genesis 3:15 is mostly taken out of context by eager Bible students. While this verse is the first messianic prophecy of the Bible (cross-reference Romans 16:20), many use it to point out that Cain and Abel were actually twins in Gen 4:1-2 with Cain being the son of Lucifer and Adam being the father of Abel.

To be fair, there is no time interval between verses 1 and 2 (Gen 4) and the phrase “and he knew his wife again” was not used when Eve conceived Abel, but they’re separated into 2 verses suggesting two separate births. Adam and Eve were created by God; they were the first two human beings to inhabit the earth. When Cain was born, Eve declared that she had created a man with God’s help (intervention in pregnancy) (Gen 4:1). She did not declare the same when Abel was born for it was not as remarkable as the first birth. Cain was the first human child to be born. There was no one before him otherwise the Bible would’ve recorded the historic moment.

How did Abel know what to offer if the Bible did not state it?

It might have been based on previous knowledge in Genesis 3:21 when God had to sacrifice an animal in order to make clothes for Adam and Eve. Also, this was the first animal sacrificed for man and it was God who did the sacrificing. Despite Adam and Eve disobeying Him, His concern was still with mankind. How can you not love God? He did not have to provide for the disobedient, but He did because He cares and loves us. I also like to think that God would’ve talked to them at some point laying down the laws for He never forsakes us.

What weapon did Cain kill Abel with?

The Bible does not record it for it was not important to know (Gen 4:8). Cain was a farmer so I like to think that he used one of his tools or even a stone (in order to spill Abel’s blood), but regardless of the weapon he used to slew his brother, his action was sinful and it all started with jealousy which eventually bubbled over into anger and led him to commit the first recorded murder. 1 John 3:12 tells us to not be like Cain.

The unnamed wife of Cain can cause the wrong kind of speculation. Let’s look at it this way: Adam and Eve were created by God. They were the first and only human beings on the earth and they did not have any genetic defects that would’ve caused genetic abnormalities to their generation. They were genetically pure and would’ve produced healthy and normal children. Besides Cain, Abel, and Seth who came much later, Adam and Eve had other “sons and daughters” (Gen 5:4). Their children would have no other choice, but to intermarry at the time so Cain’s wife could’ve been one of his sisters or another close relation, say, a niece or even a great-niece (?). When there were enough people to put an end to intermarriage, God forbid it in Leviticus 18:6-18.

15 thoughts on “Exploring the Bible: Abel and Cain 🔎”