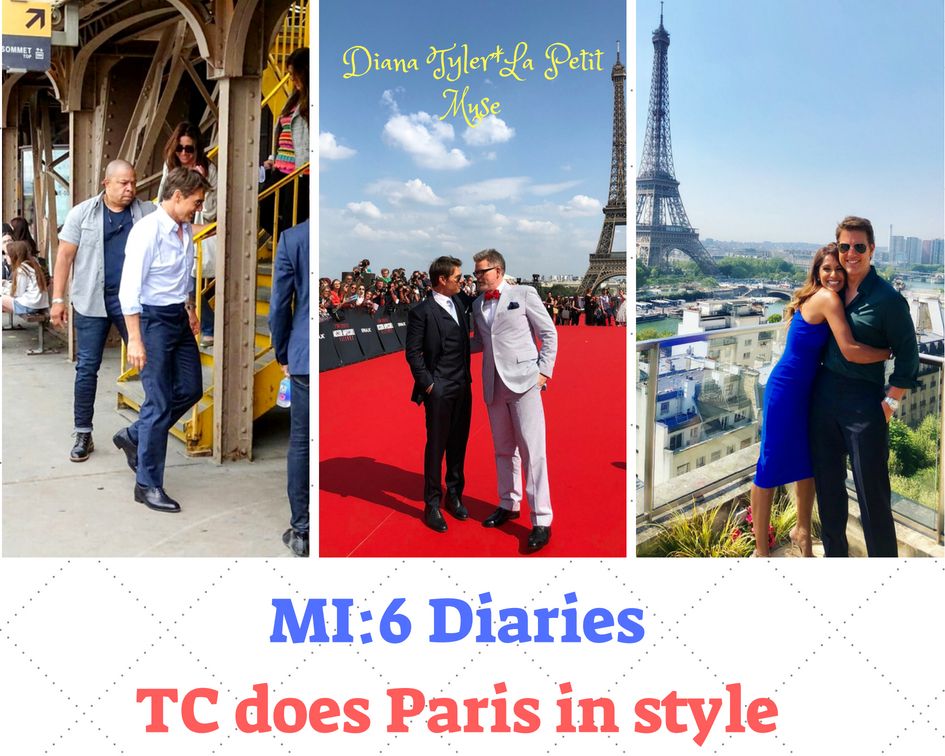 The actors of Mission: Impossible – Fallout turned out for the Parisian premiere last evening and the critics couldn’t stop raving about the movie. The movie started filming without a script. Reminds me of my own writing, sometimes. I just wing it sometimes abandoning plotting and outlining. Anyway, the City of Love was bathed in splendor and glamour last evening. 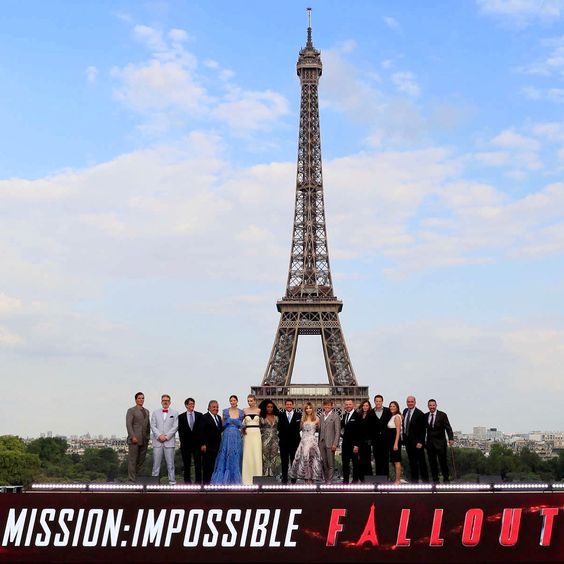 The Eiffel Tower totally wore it better and outshone everyone else.

All eyes were on Tom… 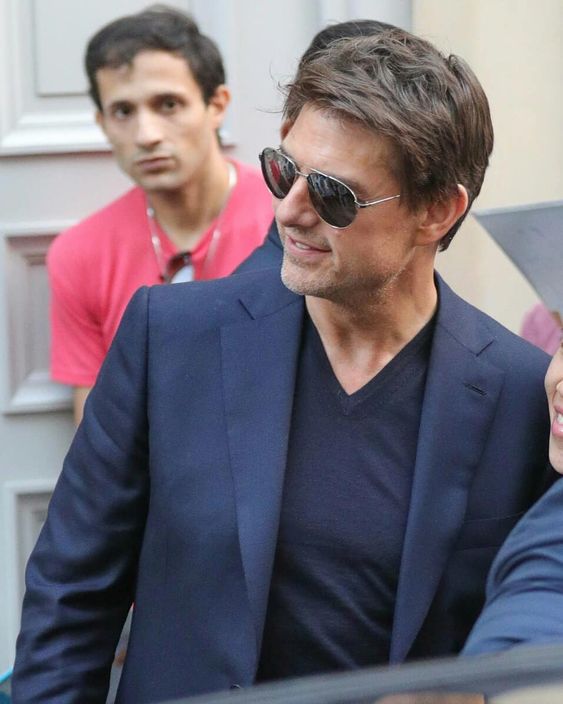 …who proved that he isn’t a vampire once and for all. I mean, look at that aging. If that isn’t aging, then I don’t want to live on this planet anymore. He said that the movie is a “love letter to Paris”. And I honestly don’t know how can he stops to talk to every fan, sign every autograph and take every selfie even before the red carpet starts!

A few raves about the movie:

Entertainment Weekly: He’s (Tom) “ageless”, with the film getting “better, twistier and more deliriously fun with each installment.”

Variety: “with each one (MI film) surpassing the last this one is the most exciting and ambitious of the lot”.

The Telegraph: “spectacular and eye-popping” and “the blockbuster of the summer” 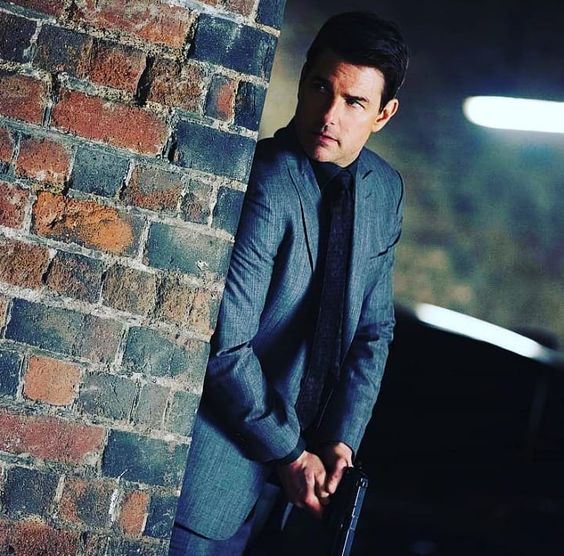 Even if the critics didn’t like it, I was still planning on seeing it because this franchize has grown on me. The spy action genre does not come better than this and I love that Paris is one of the backdrops for this film because Paris makes every movie look good even when it doesn’t deserve to. And the crew is going to do a lot of running for their lives. 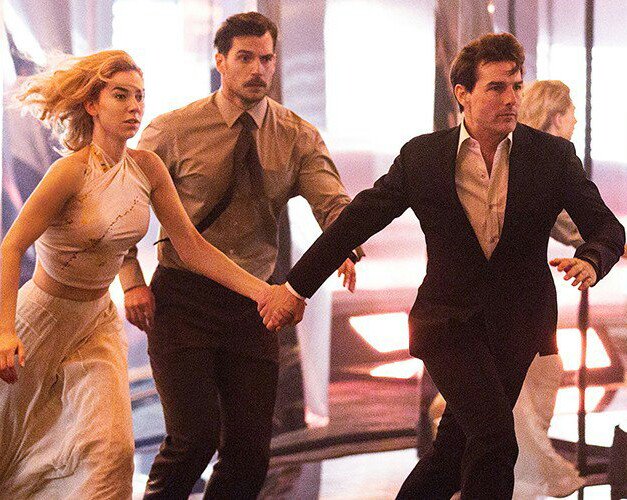 Tom says that there’s some ‘heart’ in the movie. Who is he going to romance? The ex-wife? The crazy super spy who’s his equal? The blondie he’s holding hands with in the picture above as they run for their lives? Somebody, tell me! Eh, forget it. I’ll see when the film drops. I want to talk about the epic bathroom fight scene, though. I wanted to wait until I start my new series on writing, but alas! It cannot wait so let’s get to it.

The bathroom is made of cardboard or the men are just really strong. That aside, I like how the fight looks realistic despite the Asian dude tearing a drain pipe from the wall. Ethan Hunt does not beat everyone in the room singlehandedly and walks out unscathed. He gets blows and lands blows. Even August Walker gets some blows, too. He’s supposed to be “babysitting” Ethan if he tries to go rogue again and yet, he gets his butt handed to him although he does get in some nice punches. Looks like the brawler type though, and I am still on the fence with Henry Cavill. I like him better when he’s not speaking.

The fight choreography was really well done right down to Hunt’s keysi moves and reaction timing. The Asian man is trying to take out an IMF agent and a CIA assassin at the same time! I especially love the part where August throws the man into the mirror, dude grabs the pipe just as Ethan comes running without looking (13 seconds in) and he just hurls it at Ethan, but super agent ducks in time and the pipe hits the wall. The look on Ethan’s face when he sees the pipe coming towards it was priceless. And the fact that there is no music makes it even better for the realism and the grittiness shines through. Hollywood, this is how you do a fight scene.

This movie is definitely going to put all the other MIs to bed. Everyone has outdone themselves based on what I’ve seen so far.

Catch MI Fallout in theaters from July 27th. Summer is going to be 🔥🔥. 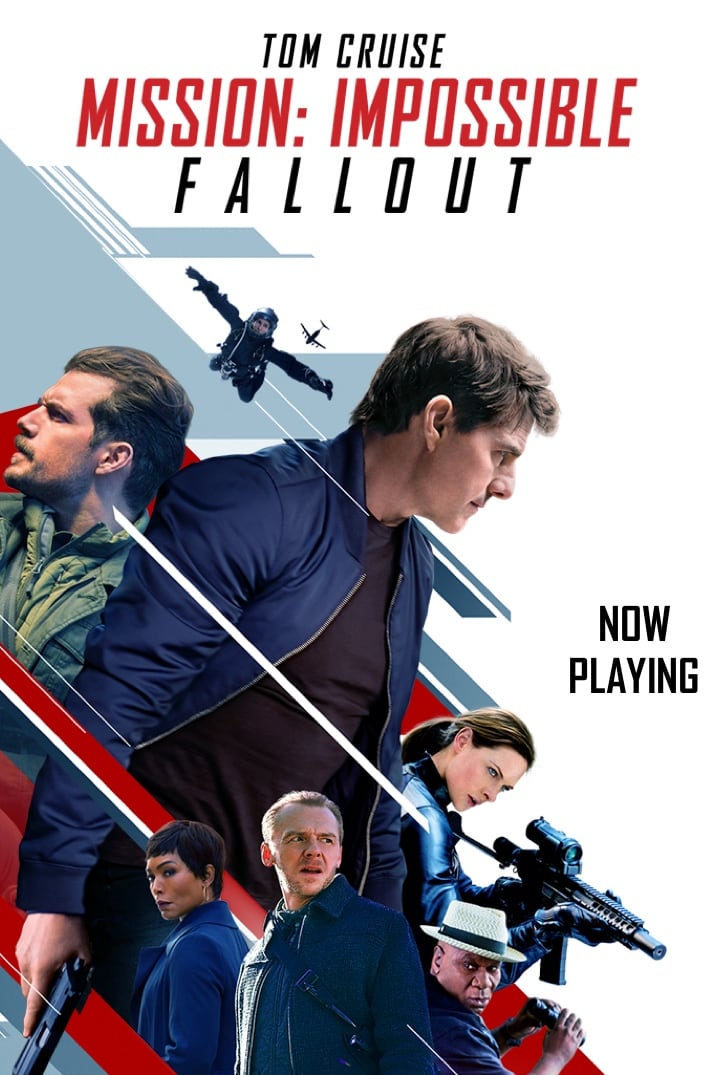