I’ll just leave a few songs that I think is love.

Take My Breath Away 💙

Sweet Top Gun memories! Actually, the first time I heard this song, I had no idea who Tom Cruise or Top Gun was. I just really loved the song and thought it was downright sweet and romantic. It took my breath away at first listen.

I Don’t Want To Miss A Thing – Aerosmith 💙

I haven’t seen the movie that this song was made for and the music video is eh, but the violins, the guitars, Steven Tyler’s amazing voice on this ballad! It’s filled with raw romantic dedicated and unconditional love and this feeling can never ever be bought. It’s filled with passion for that other half. When you find this kind of love, why let it go? I like to think that this is the greatest love song of all time… or one of.

Eh, it’s more about fate putting two people together because you don’t get to choose who to love sometimes. It’s intense love through an instant attraction and remembering the first time they met and although there’s a hint of break-up in there, this song can also be looked at as a make-up song after the couple resolves the conflict hence coming out stronger than ever. But that beautiful synth at the beginning which built up and broke over the saxophone is magnificent!

By Your Side – Sade

I think it’s a beautiful song and it captures love in every sense of the word. No matter what you’re going through, the ups, the downs, the smiles, the frowns, when lonely, Sade is going to be by her partner’s side. If you love someone and you can’t seem to say the words, play this song for them.

Spending time in God’s Word, talking and discussing it and helping others to comprehend it and also learning from them, is my greatest source of happiness.

God remembers Noah (8:1) is just an anthropomorphism given that He never forgot about Noah in the first place. It is significant to note that the entire race of mankind is now dead, save for Noah and his family. God made a wind to pass over the earth causing the waters to abate (8:1-3). Perhaps the waters were congregated into rivers, seas, lakes etc.? The ark then came to rest upon the mountains of Ararat on the 17th of the 7th month (8:4). We’ll go into detail about Noah’s ark in another post.

The tops of the mountains were finally seen in the 10th month (8:5). I just started studying the Biblical calendar and I read that the 10th month was January. In 8:6-12, Noah used a raven and a dove to test the earth’s condition. The raven is a bird of prey. Some readers suggested that by the raven going “to and fro” the raven died, but from what I understand, the raven went out of the ark, returned, but did not go in, going forth again. Basically, the raven went back and forth (without entering into the ark) until the waters dried up, returning no more. It couldn’t have died for the purpose of taking the animals in pairs into the ark was to repopulate the earth and ravens mate for life and live in pairs.

The dove is symbolic of the Holy Ghost. Noah sends her out next but she couldn’t find any rest for her delicate feet so he reaches out his hand and takes her back into the ark. Seven days later, he sends her out again and this time, she returns in the evening with a plucked olive leaf in her beak showing that trees began to appear above the water. Another seven days, he sends her out again and this time, she does not return. There is some symbolism in these few passages. The raven is a scavenger and feasts on carrion just as like the wicked heart sets its mission on things of the world. The dove is the Holy Spirit (the Helper) so we can safely say that the helper has done its work.

On the 1st day of the first month (April) of the 601st year, Noah removes the covering of the ark and beheld the face of the earth (8:13). Noah and family and the creatures finally leave the ark when God gives the command (8:16-19). What’s the first thing that Noah did when he left the ark? He built an altar and offered sacrifices to the Lord (8:20). It was Noah’s first thought to please and thank God. His unselfish act touched God’s heart thus winning blessings for all mankind (8:21-22).

The new world and God’s blessings

God blesses Noah and family and gives a request that they repopulate the earth (9:1). In 9:2, God makes it plain that man is higher than animal form. Man is also now given instructions to eat meat (9:3-4). Adam received instructions for eating (1:29-30; 2:15-17) and do note that meat was not a part of his diet. After the flood, the relationship between mankind and the animal kingdom changed drastically. God also warned about eating “flesh with the life thereof.” Let’s pause here and read that statement again (9:4). This has confused many people over the years who claimed the verse as the origins of vegetarianism. That means God would’ve contradicted Himself in 9:3 when He gave the command to eat meat. If it were so, then Jesus broke the rule in Luke 8:55 when He rose the girl from the dead and told her parents to feed her meat. He certainly didn’t say to feed her a salad! Meat sustains strength and she would’ve certainly needed meat to sustain hers. “Flesh with the life thereof” means the flesh of mankind. We’re not supposed to eat human flesh (cannibalism). Blood represents life and to shed it represents death. 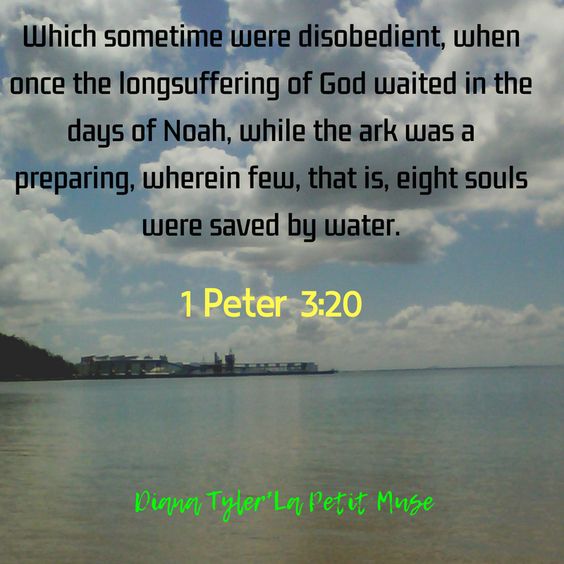 Animal or man are not supposed to take human’s life unlawfully (9:5) for man alone was created in the image of God (9:6). Instead, mankind was supposed to be multiplying lives (9:7). The Noahic Covenant is the first covenant God made with man (verses 9-17). The Creator has established the covenant (9:11) and He promised to never again send a universal flood to judge the world thus establishing the human government (9:12). So when we see the rainbow in the sky, we can always remember that promise for it is the official seal of the covenant (9:13-15).

“Ham is the father of Canaan” (9:18). Canaan here is a man’s name and his offsprings were the idolatrous enemies of Israel. All of mankind who lived after the flood came from Noah’s 3 sons (9:19). Don’t discredit Adam yet for all nations came from Adam through Noah (Acts 17:26). Then Noah assumes the responsibility of his family by becoming a husbandman (9:20). However, he is careless in his walk with God, gets drunk and is uncovered in his tent (9:21). When someone gets drunk, they’re unaware of their actions. I wish I could’ve gone back in time and warn Noah about growing those grapes! But there’s a lesson in here: we can still fall back into sin if we get careless in our walk with God no matter how much we might have pleased Him in the past.

This careless action of Noah pleases Ham (9:22) after violating his father’s privacy. He went to tell his brothers probably hoping that they’ll mock Noah as well, but it was quite the opposite when Shem and Japheth covered their father with a garment (while walking backwards so they wouldn’t see their father’s nakedness) showing they were respectful children (9:23) which brings to mind the 5th commandment. Noah then wakes from his drunken slumber, found out what Ham did and cursed Canaan (9:24-25). Four sons are recorded for Ham in 10:6. I was wondering if Canaan was perhaps Ham’s favorite son given that Noah didn’t curse all of Ham’s descendants. In the same breath, he blessed his other two boys (9:26-27).

Noah lived a full life of 950 years and then died (9:28-29). What a life! He was present when wickedness in the world multiplied in the old world and lived through the destruction because he obeyed God. Just think if God had not found righteousness in Noah! It’s sad that he had to witness wickedness again in the times of the evil Nimrod. But it was also a blessing that he lived a long time after the flood to give an account of the old world.

^ I guess it is safe to say that after the flood, longevity of life began to decline.

^ The first mention of drunkenness in the Bible is when Noah became drunk bringing into account Proverbs 20:1 which shows the foolishness of drunkenness.

^ Although it could be argued, I don’t think Noah’s nakedness had nothing to do with sexual abuse as some accounts stated. I disagree that Noah was sexually abused by one of his sons or relatives. I know the keyword in 9:21 is ‘uncovered’, but it has nothing to do with the sexual relations law in Leviticus 18:6-20. Noah simply got drunk, his actions were not his at the moment, and maybe it was hot so he took his clothes off (uncovering of one’s self) and went into a deep slumber. It was a moment of weakness, yes, but even the best of man cannot stand upright unless they depend solely on God to uphold them. An imperfect moment shows how flawed man is. 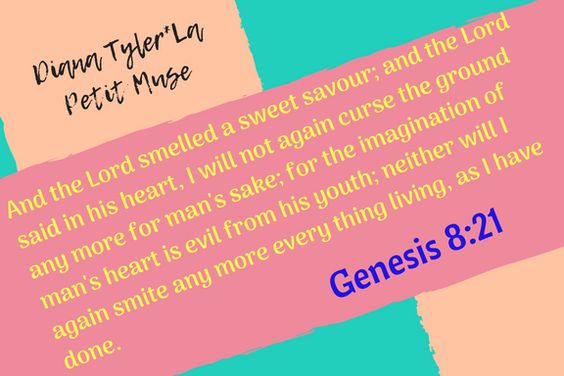 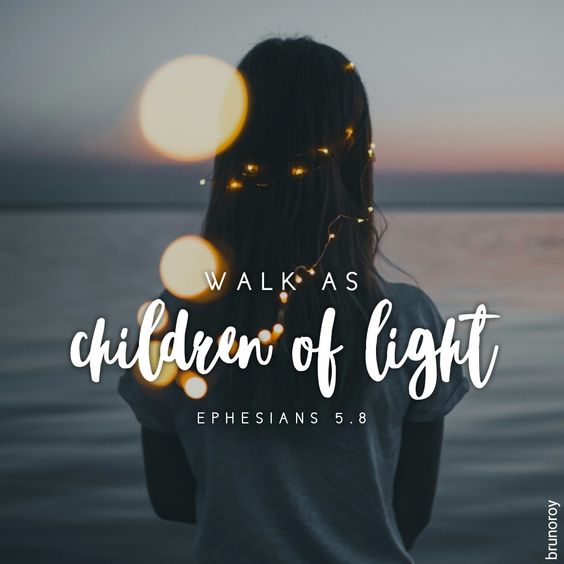