‘Heal the World’ by Michael Jackson! I 💙 this song!

I like that the song addresses the current condition that we’re living in, but it also expresses hope “And the world we once believed in. Will shine again in grace” and what’s to come “Create a world with no fear. Together we cry happy tears. See the nations turn their swords into plowshares (Isaiah 2:4)“ when Jesus returns. In the meantime, we’re supposed to “Be God’s glow” in this less fortunate world and represent Him.

Man, sometimes I wish Michael Jackson was not a pop star! 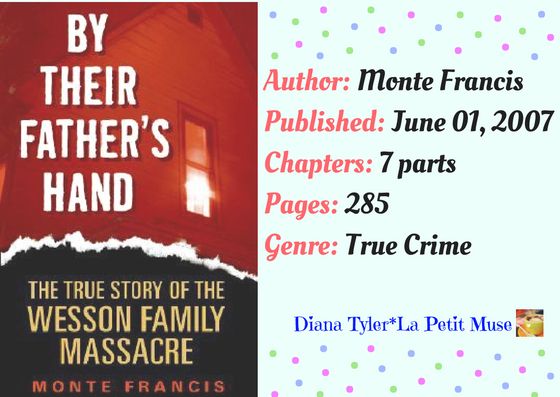 Neighbors were unaware of what went on behind the tightly closed doors of a house in Fresno, California–the home of an imposing, 300-pound Marcus Wesson, his wife, children, nieces, and grandchildren. But on March 12, 2004, gunshots were heard inside the Wesson home, and police officers responding to what they believed was a routine domestic disturbance were horrified by the senseless carnage they discovered when they entered.

“By Their Father’s Hand” is a chilling true story of incest, abuse, madness, and murder, and one family’s terrible and ultimately fatal ordeal at the hands of a powerful, manipulative man–a cultist who envisioned vengeful gods and vampires, and totally controlled those closest to him before their world came to a brutal and bloody halt.

Marcus Wesson thought himself to be the master of a vampire Christianity religion, but what this man really was, was a monster; a sick pedophile who manipulated and took advantage of his family. His wife Elizabeth should have been held accountable for her part in these acts for how can someone be so stupid to think that the girls of the house were open to being surrogate mothers? Sure, when Marcus married her, she was just 15, and him 13 years her senior, but being 15 doesn’t make one a babe. She is quite capable at this age to determine what is right and what is wrong, unless she was mentally unstable, which she wasn’t. However, Elizabeth was chosen to be his bride at only eight-years-old, so imagine the brainwashing this poor woman had to endure.

Wesson fathered a total of 18 children with 7 different women/girls. The girls were pre-teens when the molestation began, so they thought it was pretty normal given that they’ve been brainwashed from an early age. They were kept in isolation away from society and were taught to dislike the government and that the men who were not him were bad (physical abuse and mind control). They lived in boats, vacant houses and run down shacks. When the older children were allowed outside, they worked various menial jobs and obediently returned home to their domineering father who made them hand over their paychecks.

All 9 victims were killed by gunshot wounds to their eyes.

The story jumps around a lot (thus do most if not all crime stories) and it is also repetitive. The writing is mediocre and disjointed. Some of the dialogue made me cringe. The story deserved a better writer given that it is a difficult subject matter to read and this book was poorly written.

Marcus Wesson fathered 18 children after having incestuous relationships with his underage daughters and nieces. He homeschooled the children teaching them from his own handwritten bible which focused on Jesus Christ as a vampire. The children had to address him as “Master” or “Lord”. Vile excuse for a human being.

Wesson was found guilty on nine counts of first-degree murder and 14 counts of sexual assault. He has been sentenced to death on June 27, 2005, and at 71 years old, he is currently being held in San Quentin Prison.

I don’t know what to make of Elizabeth Wesson. She was the daughter of Solorio, the woman Marcus was having a relationship with. She was only 8 when he “married” her after telling her that God had chosen her to be his bride. I don’t know why these deceived monsters always have to bring God into their depraved nature. He sexually abused her at 12 and legally married her at 15. Together, they had 10 children, but she was prevented from participating in their upbringing. 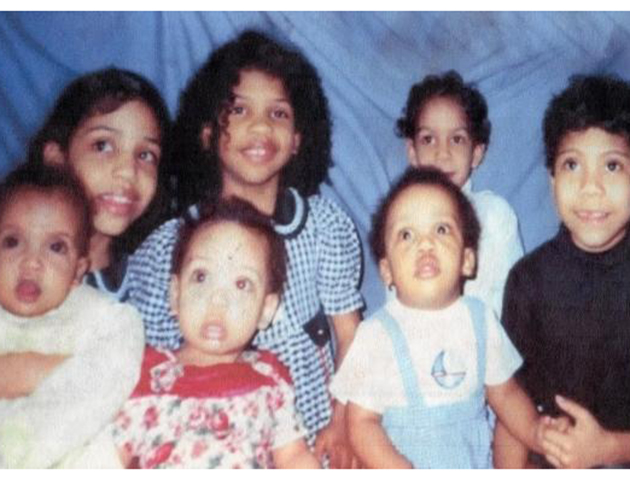 Sofina loaded the gun. She shook nervously, sliding the magazine into her uncle’s .22 caliber pistol. The sound of metal against metal and the weight of the gun in her hands made her feel a sense of urgency. It was something she hadn’t experienced when rehearsing it so many times in her mind. She was not the one Marcus Wesson called his “strong soldier,” but she would prove that she could be one. She gathered the children together and instructed those who could write to compose suicide notes. The children were scared but they knew what they were supposed to do. Sixteen-year-old Gypsy scribbled on a piece of paper: “We did this ourselves. It’s nobody’s fault. We don’t want to be separated.”

…just a heads up, I am currently reading True Crime so the next few reviews will be TC based.