I’m currently reading Shantaram by Gregory David Roberts. It’s a 900+ page book, but it’s slow and boring thus far and I’m thinking of temporarily abandoning it. I love huge books and I’ll read a 2000+ page book, but it must be exciting and able to keep my focus. Anyway, let’s get the latest reviews.

How often does one hear a story about an Ethiopian child adopted by Swedish parents? Well, this is Marcus Samuelsson’s story and although the first part of his childhood was nice to read, as the story drag on, it became about the self and it turned me off to the point where I started to skim pages.

This book is not a memoir. It is a self-serving PR machine that serves to give more publicity to a man who has catered for the Obamas at the White House and has appeared on many television shows.

Before I get dirty, Samuelsson was raised by wonderful Swedish parents after he was orphaned in Ethiopia. [His biological father is another story by itself.] This man missed his father’s funeral because of some visa paperwork that prevented him from traveling. This man also missed his grandmother’s funeral and this woman was a huge source of inspiration for him becoming the chef that he is today. This man couldn’t fathom why Christina (a wonderful girl he’d been dating for years) was still hanging onto him after he left Sweden to pursue his dream of working in a Swiss restaurant. He thought when he left home, he would’ve been leaving everything behind including the girl. Yet, he goes to Austria on an internship and knocks up another girl during a one-night stand thus producing a daughter whom he refused to meet until she was 14.

No, really. He paid the child support (this was all down to his mother for he wanted to skip out of paying it. The bastard!) but refused to meet his own flesh and blood because he was busy crafting a career in New York and marrying a model, some Ethiopian woman. How does he make up for lost time with his daughter? He took her to meet Kanye West at a party because he wanted to be seen as the world’s coolest dad.

This man treats the most important people – his adopted parents, his daughter, women in general – like hand me downs. Yet, YET, this very same man has the utmost gall to turn around and talk about sending monthly financial support to his biological family in Ethiopia. I was turned off by all the FOOD, FOOD, FOOD! Yes, I know that he’s a chef, but this is supposed to be a memoir and I found the f-bombs off-putting as well.

At one point I grew frustrated with the book and started skimming. If Marcus was likable before reading this rubbish he calls a memoir, he is certainly unlikable now after coming across as a narcissistic jerk. I mean, he is such a hypocrite. He ponders how his birth father never looked for him, yet he had a daughter he never saw until she was 14. Dude, you were ADOPTED. You should know what’s it like to miss parents.

At the end of the day, we all make mistakes and we hate to admit it, but Marcus came across as ungrateful and self-serving. Maybe he should’ve kept those things to himself instead of revealing them to the world. We have our plates to clean too. He also overplayed the race card and his dislike of French gastronomy was so personal that it felt as if he was holding a grudge against the French. And he was too repetitive for my liking.

I am thankful that my money was not part of this marketing scheme. No, chef, please pass the plate. 1/5.

“And in this life, a man is only as good as his word.”

After 3 and a half decades, Alex Cross is finally coming home. Home to Starksville, North Carolina, where a cousin of his has been accused of a murder. He reconnects with distant relatives and learns that some events of his past are wrong where it concerns his parents. Many readers complain that too much goes on within an Alex Cross story, so here’s a breakdown of what to expect:

^ Cross’s cousin is on trial for an unthinkable murder.

^ In Florida, a cross-dressing killer name Coco is causing havoc.

^ A subplot about Cross’s daughter Janine and her athletic career. Pretty soon we’ll see her in Olympics!

Patterson surprises with his shocking twists, but I must say, I already knew who was Alex Cross’s father even before we crossed that bridge. I would’ve given this book four stars (heck, even five!) had it not been for the ending. That part where said Jason Cross burst into the courtroom with his hostage at gunpoint. 3/5 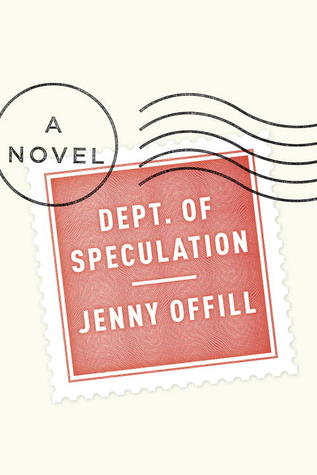 I devoured this book in one sitting. Although some parts were hilarious, some parts dragged and I found myself skimming through some chapters. Offill has written a book about marriage and motherhood and I admire her writing style. It was kind of refreshing to read.

The main protagonist is known as ‘the wife’ throughout the story. The husband and baby also didn’t get names. At one time, the wife wanted a life in art (hello, ‘art monster’!), but she ended up teaching in a college after having a child. The book revolves around the mindset of the wife who is trying to figure out her place in this world.

Depicting the rise and fall of a marriage, the book is easy to read and it has its moments, but with the characters having no names, it underscores their lack of identity. At the end of the book, I was still wondering who were these people.

I especially found this bit hilarious:

And that phrase – “sleeping like a baby.” Some blonde said it blithely on the subway the other day. I wanted to lie down next to her and scream for five hours in her ear. (Page 26)

🤣🤣🤣🤣This brought back pleasant memories of the prank war that never was between Dr. Spencer Reid and Derek Morgan on Criminal Minds. I was all #TeamReid! Morgan had it coming for him!

I know it’s still early in May, but I DNF’ed 3 books and carted them off to the library. It’s been a fantastic reading month! I love watching my TBR go down. 😄