There is not a song like that because there is no one I’ll rather forget about, but how about a song that’ll always bring up memories of a loved one? Yes? That’ll be ‘Alway’s Something There to Remind Me’ by Naked Eyes.

This beautiful, but sad song is deep and it can cut like a knife (I blame the chiming of the wedding bells at the beginning of the song). Whenever I hear this song, I smile somewhat because there’ll always be the good memories to remind me of my grandfather. 💙

Ah, the beautiful and wonderful 80s and when British bands actually meant something! And when I discovered New Wave although it started in the 70s. 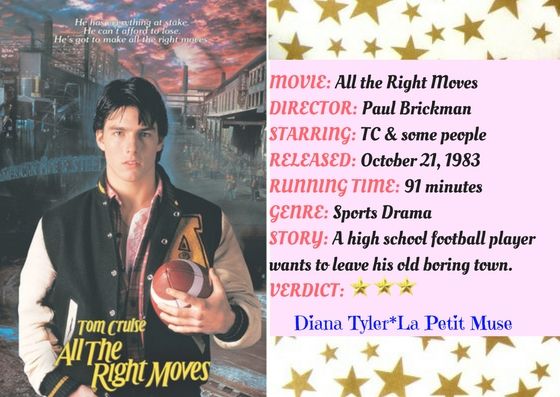 Actual Story: A high school football player desperate for a scholarship and his headstrong coach clash in a dying Pennsylvania steel town.

So in 1983, we saw Tom Cruise as a gang member who ran off to Mexico and turned his parents home into a brothel (That’s actually my last 3 movie reviews in a summary!). And now, we get to see him as a high school football player! I love the poster because it actually tells a story. The steel town in the back of the football player looks like it’s dying and it’ll be doomed for young people who want to actually pursue a career; they’ll have to get out. And in the front of the doomed dying town, there’s hope in the form of a high school football player who’s willing to make all the right moves so he can get out of town and move on to bigger and brighter things.

And that’s this movie in a nutshell.

First thing’s first: Tom Cruise plays Stefan Djordjevic, a Serbian-American who is the star player of his high school football team, but I guess he left the accent back in Serbia! Stefan doesn’t want to end up like the men in his family – grandfather, dad & brother – working at the steel mill. He actually has a bright future map out for himself: he wants to get out of town and do engineering. This was also the story of Shah Rukh Khan’s life in Raju Ban Gaya Gentleman. 😂

Anyway, while watching this film, the Stefan character reminded me so much of Lionel Messi. I was not watching TC; I was watching an actual soccer player full of passion willing to play for Ampipe Bulldogs.

This film was TC’s first dramatic lead and I thought he did a fantastic job. This is not another typical high school movie. It touches on issues such as education, poverty, and economic status. Stefan is constantly fighting the idea of working in the mill for the rest of his life if he doesn’t make the right choice and leave the town. In the end, Stefan gets a full college scholarship. The realism in this movie was well done.

I thought TC and the girl was cute together, but sue me, I didn’t get her name for I didn’t watch the movie for her. They should’ve gotten married, have kids, and call it a day. 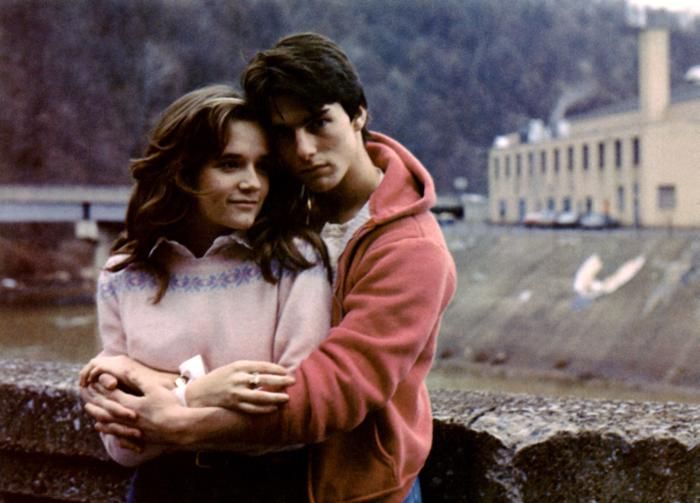 And here’s a nice fun fact: TC was athletic during high school in which saw him participate in sports such as wrestling, soccer, and football. He was injured during a wrestling match and had to miss some time which led him to try out for drama class and the rest, as they say, is history.

^ The director wanted Lea Thompson (oh, that’s her name!) and Tom Cruise to go undercover to remember what high school was like. They went to separate schools, and while Cruise was spotted after just one day because someone recognized him from Taps (1981), Thompson went four days, was asked out by many guys and got caught smoking.

^ The uniforms and team colors used in the film were from Ferndale Area High School, a small high school in Johnstown, Pennsylvania, where the film was made.

^ Tom Cruise’s character has been said to be inspired by real-life Pennsylvania coach Donald A. Yannessa, as well as two members of his team.

^ The film’s title “All the Right Moves” is a double entendre referring to both human decision making and match play.

Good morning, fellow bloggers. I have a request to ask of you.

The Caribbean Media Awards will be honoring top Caribbean stories and Destination Trinidad and Tobago is up for a nomination!

A shortlist will be announced on May 07th and the winners will be revealed at the Travel Industry Awards Dinner on Thursday 7 June 2018, during Caribbean Week New York.

The article is called 16 Reasons Why You Should NEVER Travel to Trinidad and Tobago . Don’t worry, it’s all ‘tongue n cheek’. They’re actually 16 wonderful reasons to visit our beautiful island. You can vote here:

Oh, one more thing: you must have an account on Facebook to vote. We’re currently at #2 with 501 votes. Thank you for your votes. 😄 Aww, man, my last day! But it was a blast doing this challenge! 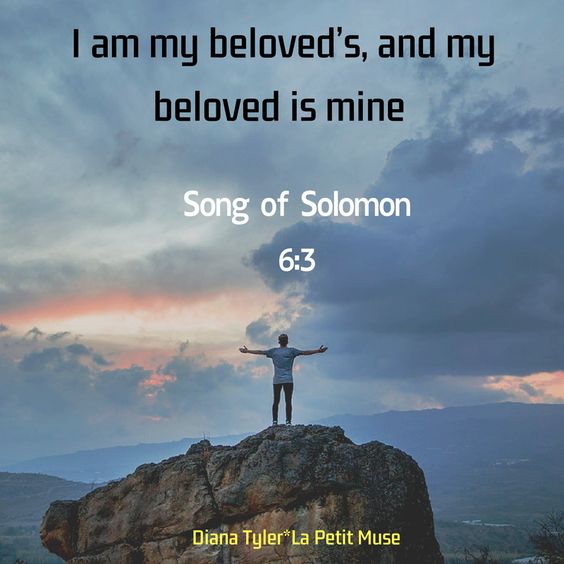 A sense of oneness. The spiritual connection that we have with Christ is important. Song of Solomon is a love song for Christ’s bride and this verse reminds me that I belong to Christ. 💙

If we have become one with Christ in His death, we will be one with Him in being raised from the dead to new life. Romans 6:5

If you’re interested in participating, then consider yourself nominated! God bless.