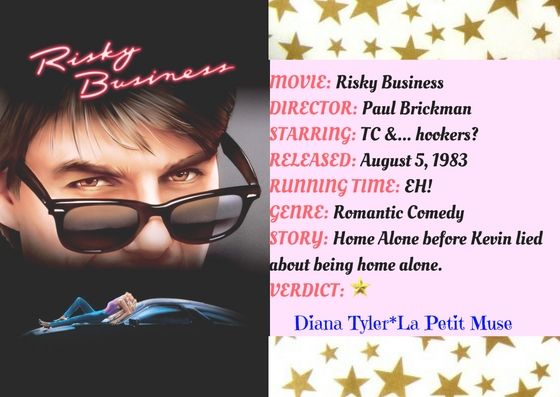 Actual Story: A Chicago teenager is looking for fun at home while his parents are away, but the situation quickly gets out of hand.

Okay, so this was the movie that kind of shot TC to the stars and beyond and I’ve never seen it… until now. Whenever someone asked me how this film was and I tell them that I’ve never watched it, they gave me judgemental looks. Haha! Plus, I dislike 80s films as I’ve previously stated.

FUN FACT: Ray-Ban was a dying brand. Then Risky Business came out, Cruise wore these shades and Ray-Ban was back in business when sales shot up to 50%. Then he wore Ray-Ban in Top Gun and sales went up again. Ray-Ban should pay him to wear Wayfarers given that they were about to discontinue it until TC wore them. 👏

This is the beautiful house Joel Goodson gets to live in. He certainly wasn’t a
good son when left home alone!

And what did Joel do on the very first night his parents trust him with the house? He tries to eat a frozen dinner (literally) and danced to “Old Time Rock and Roll” by Bob Seger (if interested, see video below for both activities). This scene is perhaps the most iconic home alone dance scene of all time and my favorite part of the entire movie for it reminded me of those good old times when my parents would leave me home alone and I’ll put some music on and dance around the house.

I also noticed that TC’s got a great pair of legs and now I see why they’ve been sexualizing his legs for years. Seriously, his legs are the stuff director’s dreams are made of! And Hollywood would sexualize the best part of an actor’s body although I think Tom’s smile is his best asset.

Unfortunately, I can’t say anything else about the movie because I did not finish it and I don’t intend to. There shouldn’t have been a rating, but I’m not going to edit that card. I don’t know what the big whoop about this movie was anyway. And man! TC can’t take a heckling! He gets mad so fast (inside the first few minutes I watched) and I’ve noticed this trait about him in movies I’ve watched over the years. I bet that’s how he is in real life. When someone makes him mad, he sends said person to the dungeon… well, providing that he has one.

This was the 3rd film from 1983. I have one more film from 1983 and I hope I can sit through that one for this one was not my tall cup of latte. Maybe the big whoop was TC dating his co-star stripper offset: 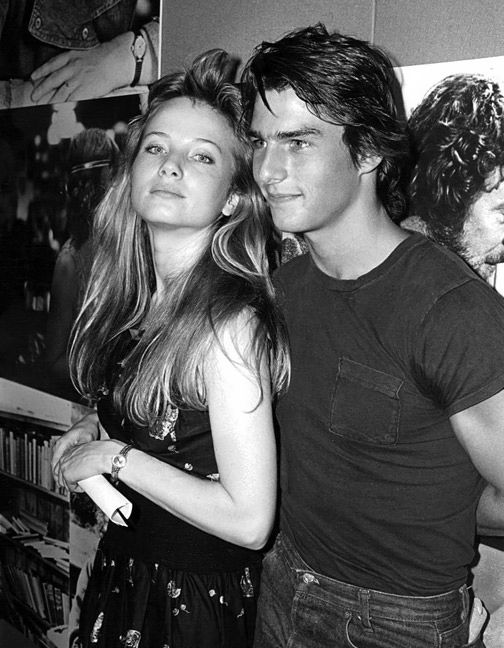 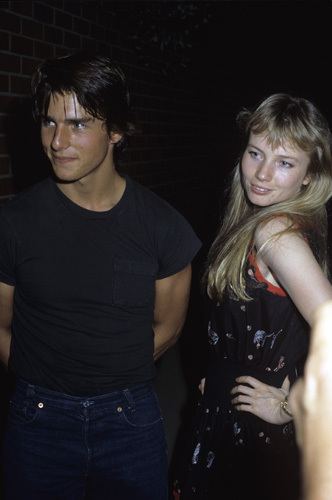 Ah, yes, the good old days when TC liked women a little bit older than him. Look at how disciplined he looks! Who’s a good boy? TC is!

^ The film was originally called “White Boys off the Lake”. 🤣🤣

^ In an effort for Tom Cruise to look more “teenage” in appearance, the producers put him through an unusual bit of physical training. Cruise worked out seven days a week, in order to lose ten pounds. Once that had been accomplished, he immediately ceased working out and ate extremely fatty foods in order to add a layer of baby fat. This is how he achieved that “fresh-faced” teenage look. *GASPS* The horror of Tom gaining some baby fat! He was 20 years old trying to pass off as a teen when they could’ve just hired an actual teen… though, in TC’s defense, he did look like a teen boy in his early 20s.

^ The dance scene where Joel dances to “Old Time Rock N’ Roll” was completely improvised. In the script, Tom Cruise was simply instructed to “dance to rock music”. Did he improvise everything else, too?

^ Childhood photographs of Tom Cruise can be seen in the living room. 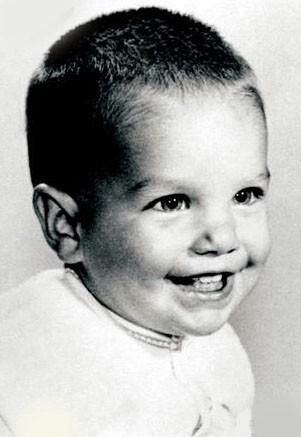 This was one of the actual photos on the wall. Cute baby.

^ Brian Backer was cast as Joel Goodsen but was replaced by Tom Cruise after Cruise auditioned and impressed the filmmakers. Of course. Of course. He breathes to impress.

Memorable Lines: “Porsche. There is no substitute.” Joel Goodson

Um, All The Right Moves. I think this is another high school movie in which we get to see Tom act as a teenage Polish or Serbian student. I’m trying to imagine the accent…