One of? There is only one and that’s Criminal Minds. Why? Let’s just say that if they didn’t have someone call Dr. Spencer Reid, then I wouldn’t have been a fan although I do like the BAU family.

Speaking of CM, season 13 ended on a sour note for me. If you’re a fan and haven’t watched the season finale as yet, then stop reading right now. As I was saying, the season finale didn’t sit well with me for I just can’t see why CBS should renew a show that should be put to rest already. Putting Spencer Reid and Penelope Garcia’s life in the balance without the solid word from CBS about renewal and leaving us with a cold cliffhanger was just cruel.

The show had a good run and now it’s time to say good night although I’ll definitely tune in for the first episode of S14 to see what happens to Spence and Garcia.

We’re still studying the book of Genesis. I would’ve like to be at the end of the book heading into Exodus, but I don’t like rushing. However, I was talking to my friend Jonathan earlier this week and he said that he liked studying with me for it suits him best and I realize that I may have to start posting on a regular basis. I feel complete whenever I read/share/discuss His Word. 💙

The last time we were in the garden talking about our first parents’ fall. Today, we look at the first sons and an important genealogy.

So Adam knew his wife and Cain (A possession; a spear) was born. Abel (breath; a vanity) was the second born. Cain was a tiller of the ground (a farmer like his father Adam) while his brother was a keeper of sheep (4:2). And it came to pass when the brothers brought their offerings before God, Cain brought fruits (4:3) and Abel brought the firstlings of his flock and the fat thereof (4:4). 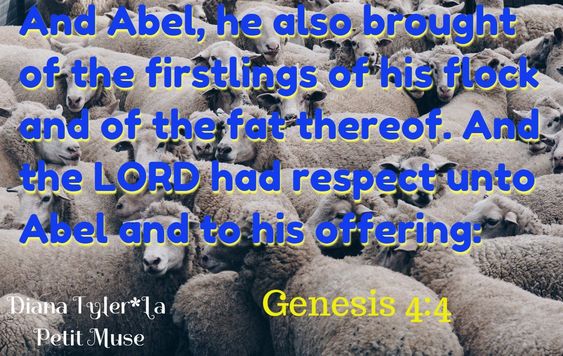 By faith Abel brought God a better offering than Cain did. By faith he was commended as righteous, when God spoke well of his offerings. And by faith Abel still speaks, even though he is dead.

By faith. Also look at Matthew 23:35 in which Jesus calls Abel righteous.

Cain was angry, but God talked with him father to son, providing a solution to his problem (4:7), but Cain was stubborn and prideful and allowed sin to rule over him. Instead of humbling himself and becoming repentant, Cain allowed his anger and jealousy drive him to murder his own flesh and blood (4:8). When God asks Cain where is Abel, Cain is quick to reply that he does not know and asks, “Am I my brother’s keeper?” (4:9). Two ironies here: Cain does know where his brother is; he murdered him. And as the older sibling, he is Abel’s keeper. Firstborns are naturally responsible for their younger siblings and they have authority. 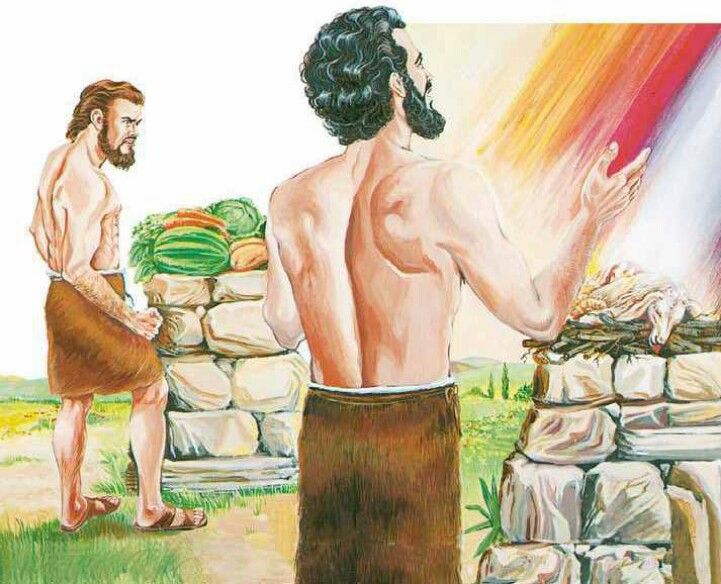 God places a curse upon Cain and he worries that whoever finds him will kill him (4:11-14). Just as the Lord provided for Adam and Eve after banishing them from the garden, he set a mark upon Cain to protect him (4:15). So Cain has now lost his home and family and dwelled in the land of Nod (exile, wandering, unrest), east of Eden (4:16). He eventually has a son with his wife, named him Enoch and built a city after his son’s name (4:17). We do not know if Cain had any more children for the Bible do not say, but his great-great-great grandson Lamech becomes the world’s first polygamist by marrying two wives (4:19).

Lamech boasts about killing a man and a young man (teenager perhaps?) for wounding him and that he’ll avenge himself worse than Cain (4:23-24). Seth is born and later he has a son which he names Enos and it was about that time that people began to call upon the name of the Lord (4:25-26).

I want to look at Abel and how he was Christlike, but not today. I’ll devote an entire post to this topic soon.

Genealogy of the Patriarchs

This chapter might just be a list of names of people making babies, but it’s the story of our historical ancestors. It begins with the summarization of mankind (5:1-2). I went looking for a table to include in this post and I found one over on an apologetics ministry site call Answers in Genesis so here it is:

Ages of the Patriarchs from Adam to Jacob

^ Regarding Cain’s offering, I believe that God gave specific instructions regarding the offering although the Bible doesn’t say so. Remember, it was by faith that Abel brought a better offering and faith comes from hearing (Romans 10:17).

^ In a sense, we’re like Abel destined for death, but we’re also like Cain in which we’re subject to anger, pride, and stubbornness thus resulting in sinful impulses.