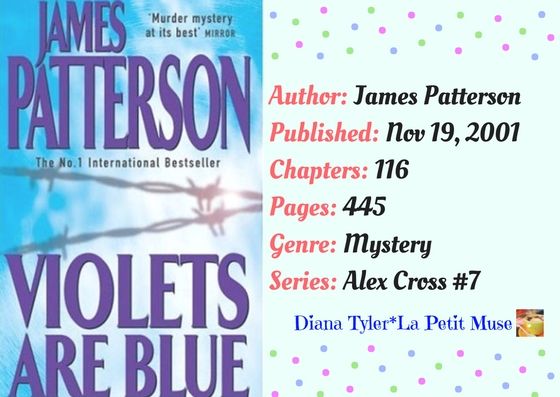 Detective Alex Cross must confront his most terrifying nemesis ever – and his own deepest fears – in this electrifying new thriller from the master of suspense, James Patterson.

Alex Cross has never believed in vampires. But when two joggers are found slain in a manner that suggests a macabre ritual, he has to reconsider. Someone believes in vampires enough to have committed a series of bizarre murders that appear to be the work of one. Local police are horrified, and even the FBI is baffled.

Cross takes on the case and plunges into a netherworld of secret clubs and role-players, a world full of poseurs and play actors – and someone demented enough to have crossed the line from dark ritual to real blood. At the same time, a lethal super-criminal from Cross’s past known as the Mastermind is stalking him, taunting him, and threatening everything he holds dear. Cross has never been closer to defeat, or in greater danger. In a shocking conclusion, Alex Cross must survive a deadly confrontation – only to discover at last the awful secret of the Mastermind.

This was my very first James Patterson book AKA the book that started my love for JP before he started to hire ghostwriters to write his neverending material. This was the book that I dumped other authors for on that fateful cold evening in the library.

Violets Are Blue is the first time where Alex Cross takes a backseat to killer vampires (or are they?). I admit that I rooted for Michael and William up until their deaths because at that time I was into vampires (I blamed Lestat at the time) and this book was like, the best thing ever when I discovered it. I felt the same way when I reread it for the 2nd time after all these years.

I think JP has mad love for Tom Cruise. I’ve seen the actor’s name popped up in many of his novels including this one (most of the time, it revolves around TC’s megawatt-too-shiny-for-us-normal-people smile). I also recall JP saying that he visited TC twice and there was that one time, TC made him tea. What? The nice actor was out of servants to do his bidding on that day?

The beautiful blond brothers – William and Michael – lived up to expectations as the chase continues from Roses Are Red. And if you read Roses Are Red, the end told us who the Mastermind was, but we didn’t know why he became the Mastermind and he is still harassing Alex as he set out to unravel a new murder mystery.

In this dark conclusion, victims are appearing to be killed by creatures rather than people. It is hard for Cross at first to believe in vampires (or are they?), but once he finds out there is a cult in several states, he is determined to find the killers and put them away for good.

Alex and the team are sent on a wild goose chase. They eventually follow some false leads, head to New Orleans and ends up in Santa Cruz, the Vampire City.

At one point, Alex is bitten by a crazy so-call vampire (or is it?) and he made a boo-boo in not getting the bite checked. Shows how much the job is first place in his life, heart, and soul, and it is quite frankly unhealthy.

James Patterson literally has to be 2-4 or more persons when he writes (well, don’t all writers?). He is Alex Cross and the psychopaths and he balances so well between their worlds. This book also opened my eyes that this story is more than just a story for in reality, people do actually practice vampirism. Look up Marcus Wesson if you’re still in doubt.

Nothing ever starts where we think it does. So of course, this doesn’t begin with the vicious and cowardly murder of an FBI agent and good friend named Betsey Cavalierre. I only thought that it did. My mistake, and a really big and painful one.