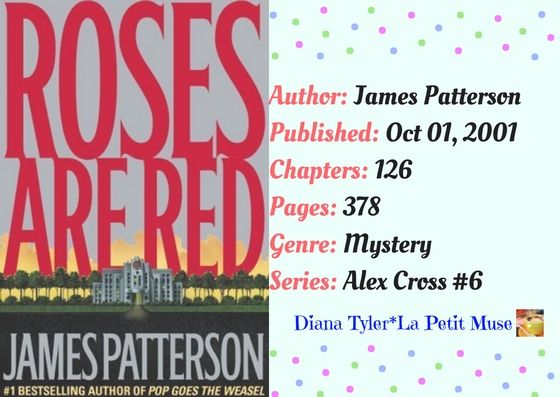 In a series of crimes that has stunned Washington, D.C., bank robbers have been laying out precise demands when they enter the building — and then killing the bank employees and their families if those instructions are not followed to the letter.

Detective Alex Cross takes on the case, certain that this is no ordinary bank robber at work — the pathological need for control and perfection is too great. Cross is in the midst of a personal crisis at home, but the case becomes all-consuming as he learns that the Mastermind is plotting one huge, last, perfect crime.

The sun looked like a lemon drop melting in bright blue skies.

No? Okay, on to the review!

I don’t normally reread books and the books that I claim to love usually just sit on my shelf, but this is the second time that I read this book (10 years later or so). It was a beautiful trip down memory lane, but I was able to look at it with fresher (and harsher) eyes than my young teenage self.

In this story, Alex Cross’s girlfriend Christine leaves him after going through a traumatic experience. On top of it, a psychopath calling himself the Mastermind is after Cross. The man never gets any rest. It’s always one thing after the other! The Mastermind is an evil genius. He pulls off bank robberies taking the bank employee’s families as hostages.

In the love department, Cross is trying to win back Christine, but at the same time,  he meets and falls for Senior Agent, Betsey.

The stupidest part was Cross going ‘undercover’ at the mental institution when it was already established that the Mastermind KNEW HIS FACE! He went in there with no disguise expecting to nab a crazy man. Idiotic move.

The title has nothing to do with red roses and should’ve been called The Mastermind. The man is a brutal killer and he won’t hesitate to strike you where it hurts. He is undoubtedly one of Patterson’s best and craziest villain that gave Cross a run for his money.

Oh, this is the first part of the Mastermind series with a killer ending. Part two is titled Violets Are Blue and I’m off to read it now.

BRIANNE PARKER didn’t look like a bank robber or a murderer – her pleasantly plump baby face fooled everyone. But she knew that she was ready to kill if she had to this morning. She would find out for sure at ten minutes past eight.