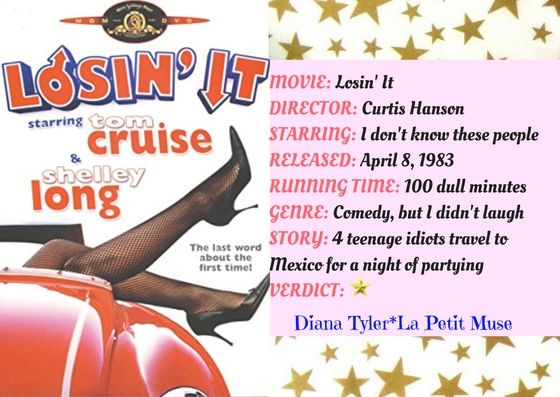 Actual Story: Set in 1965, four rowdy teenage guys travel to Tijuana, Mexico for a night of partying when they are joined by a heartbroken housewife who is in town seeking a quick divorce.

I can’t remember when was the last time I sugar coated anything and I don’t intend to start now. What we have here is a tiresome and unoriginal film. It’s a mess and it does not work at all and maybe it was intended to be that way, for 80s movies did not make a lot of sense. They didn’t have to for Hollywood wants the audience to be asleep while watching the film as they focus on the hot guy or the pretty girl instead of the plot and why most of the movies never make sense! 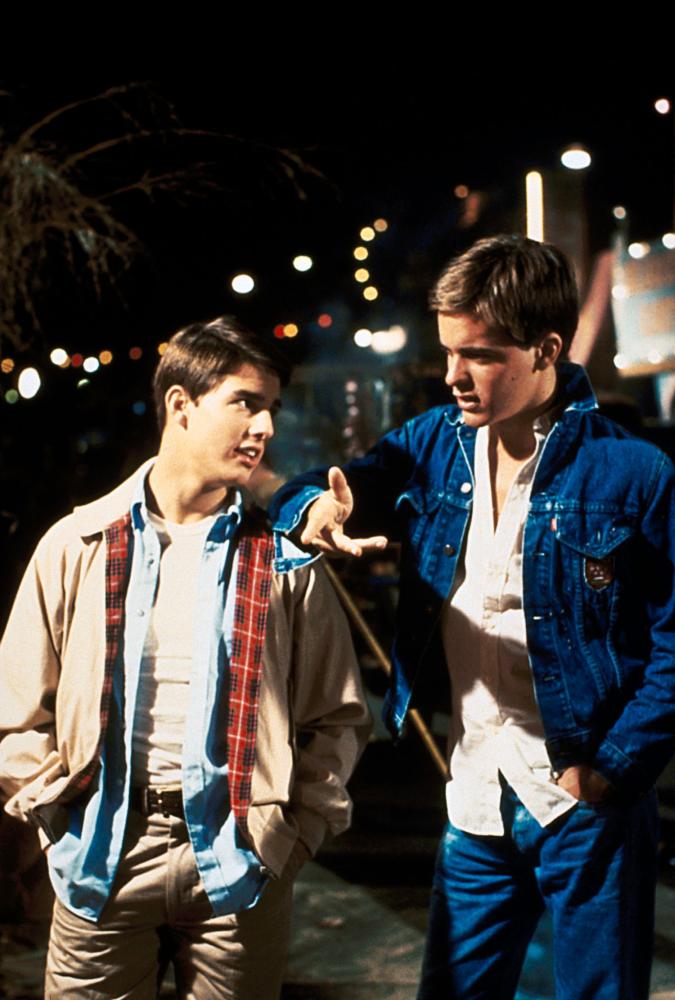 This was just another one of those stupid teen movies stuffed with all the ridiculous clichés known to writers. What we actually have here is 3 horny teenagers (yes, you’ve all seen THAT movie at some point, don’t lie) who head to Tijuana to lose their virginity. Add a wife looking for a divorce in the mix and a young boy looking to buy fireworks and you have a mess of stupid, unlikable characters. Tom’s character Woody was the only likable one, but not even he could’ve saved this film for I thought he was a little bit awkward around the ditzy wife’s character. Not that I blame him, the woman was looney.

Woody is Goody Two Shoes. During a scene in which the teens went to a grocery store and ended up stealing goods while the couple was arguing, Woody left money to cover for his friends’ thievery. The woman ends up running off with the boys to Tijuana to get a quick divorce. Miss Long reminded me of Lisa Kudrow in mannerisms and robotic ways.

Also, the cinematography was something quite awful!

On the topic of teen sex comedy, it’s 2018 and the roles are reversed: girls are now trying to act like boys. They’re wearing the pants, laying down the rules and making passes at the boys. Yay, feminism. We have three girls trying to desperately lose their virginity on prom night for apparently, this is the night that teens become adults according to this recently released movie: 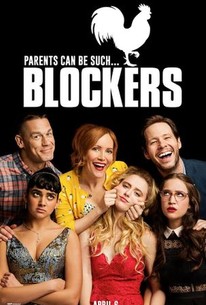 The trailer was recommended by YouTube and when I saw it, I was like, “Yes! This is just what the world needs, Hollywood! Teenage girls defying their parents and going all out to lose their virginity to any boy who’ll have them.” Critics are calling this a winning teen sex comedy. Critics are saying the kids are all right while the parents are dope. And who is responsible for this stunning take my breath away original masterpiece? This 43-year-old woman:

This woman Kay Cannon served as a producer and screenwriter on Pitch Perfect and 30 Rock (stuff I don’t intend to see) and she gets an opportunity to direct and this is what she chose? These are the films that critics will hype up for the masses to direct their focus away on what’s right. Rotten Tomatoes will be giving this film an 85% or higher score. Because this is what the world needs right now: teenage debauchery, immorality, disrespectfulness, parents who don’t know how to parent, John Cena aka the new Dwayne Johnson, and booze. Who’s allowing these bad movies to leave the studio?

Movies such as these are what’s wrong with the youths of the world today for kids want to act like what they see in the cinema. They think it’s cool to disrespect parents and take the Lord’s Name in vain. How can movies like this be empowering to youths?

Anyway, I hope parents are being vigilant when it comes to their children. ^ The film was shot partly in Calexico, California, and on one occasion the cast partied at the Roxy on Sunset Boulevard. Tom Cruise was dancing with an Asian girl when her boyfriend noticed and slipped on a pair of brass knuckles. This was noticed by one of the leads, and they hurried Cruise out of the club, jokingly later saying they saved his beautiful molars.

^ The make, model, and color of the car in which the guys cruise to Tijuana, Mexico, was a light-red 1957 Chevrolet Bel Air convertible. In 1965, the year in which this film was set, the car was a fairly common one to see and could be bought for a fairly reasonable price. Nowadays, a restored car of that type could bring more than 100,000 dollars. 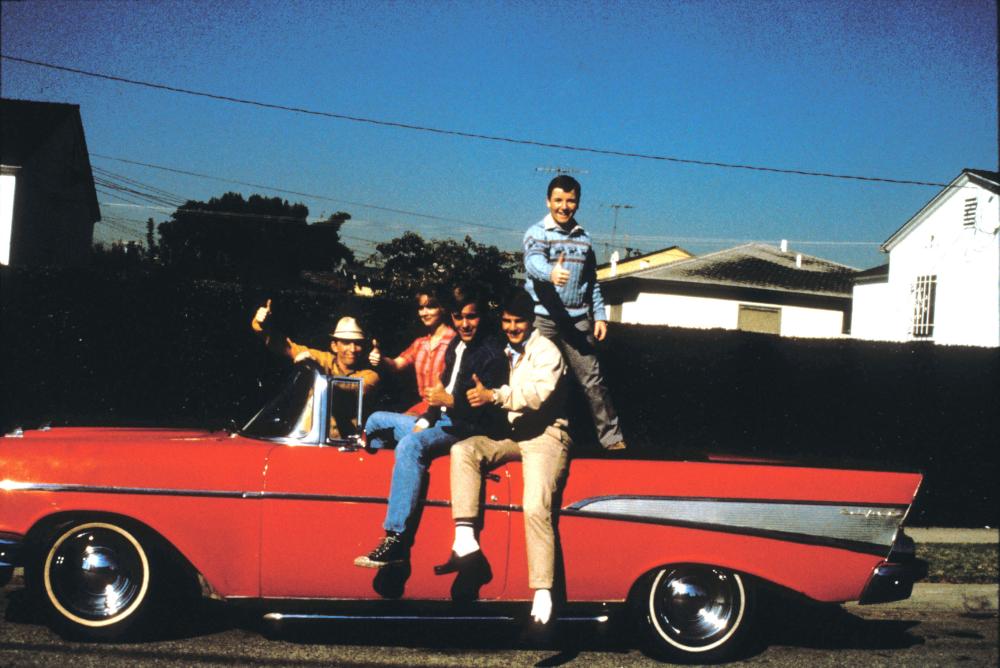 ^ Though the movie was largely set in Tijuana, Mexico, none of the film was actually shot there. Doubling for Tijuana was the town of Calexico, California.

^ Three of the actors in this film – Tom Cruise, John Stockwell, and Rick Rossovich – also appeared together in the movie Top Gun (1986).

Risky Business… 😒 On another note, French Friday will be back next week be it the will of my Lord. I have no excuse as to why I didn’t post last week and now today; I just didn’t learn any French. Yes, time was on my side, but I didn’t feel like learning anything new. Most likely, I’ll be focusing on reviews this month.