Okay, so this week, I want to cover two things if the time permits. If not, well, I’ll just have to wait until next Friday God’s willing. I’ve spent some time listening to French on YouTube and I must say that not all of the YouTubers are very reliable when it comes to describing the accents and their functions, so I want to discuss that today. I also found some notes while going through my old French notebook. 😄

No, not that one. The ones above or under a letter and in French, there are 5 accents:

This accent makes the “AY” sound and it’s only found on the letter “e”. It is also the most popular of the French accents.

This accent lengthens the vowel sound. It also indicates that an “s” used to follow that vowel (eg. écouter and escouter).

This accent indicates that the vowel is to be pronounced separately from the one immediately before it. I learned this one from Rocket Languages. This two parallel dots accent is the least popular one of the five. I don’t know why. I think this accent is pretty cool for it looks like two dots and acts like a crown.

And that’s all the time I have! I was expecting this session to be lengthier as I wanted to talk about the alphabet, but time is not on my side today. To quickly recap: 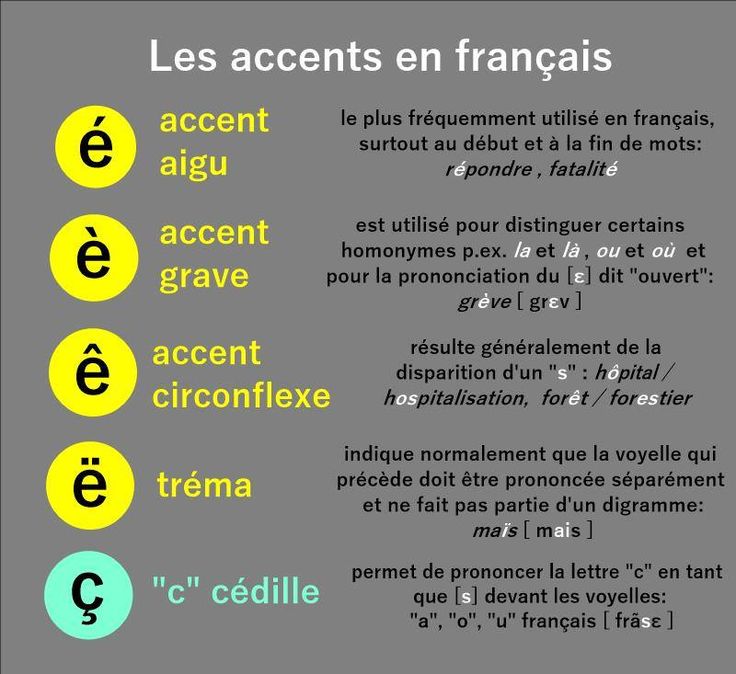 Apart from relearning French accents and the alphabet, I did not really get into another language this week. However, the Japanese Embassy just sent us (the library) a DVD on Japanese cuisine and handouts on sake so I’m going to watch/read those over the weekend and I’ll tell you what I learned next week God’s willing.

What about you? What have you learned this week that you’ll love to share? Doesn’t matter what language you’re learning, we’re all here to learn.

DISCLAIMER: None of the GIFs or images used in the post belongs to La Petit Muse. If any of the photo/GIF belongs to you (Joe/Jane Public), please contact me/leave a comment and I’ll gladly take it down. God bless.