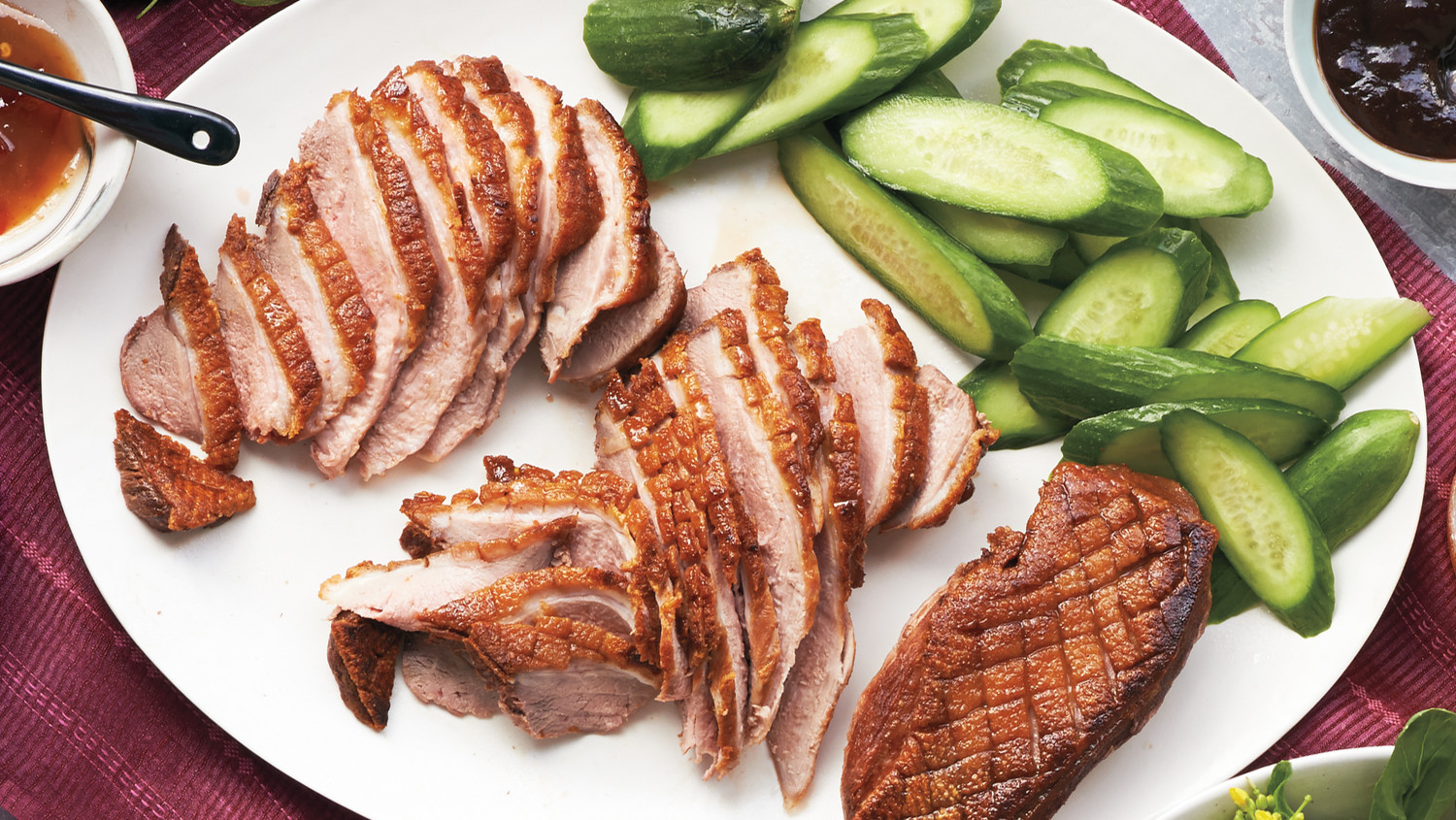 Peking Duck is considered to be one of China’s national dishes. It has its own museum in Beijing and there’s a KFC breakfast version of the dish available in China. It’s usually served thin sliced.

Would I eat it?: I’ve never eaten duck and I don’t intend to start now.