This is going to be a tough one.

Yesterday, I said that my favorite series was Alex Cross and the Hardy Boys Mystery Stories. Let’s start with Alex Cross. This crime, mystery, and thriller series has been running since the 1990s. James Patterson is a genius with the way he lets Cross narrate in first-person while the villain’s POV is told from the third-person. It’s easy to follow along. With 25 books to date in this series, I have to go with Violets Are Blue because I’ve read it twice now and I don’t usually reread books. 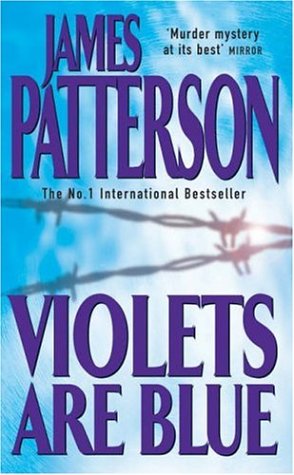 The Hardy Boys Mystery is kind of complicated. The first 58 stories were published between 1927 and 1979 and I was in love with the blue glossy flashlight cover format. Somewhere in the late seventies, the paperback was discontinued, the volume number started as 59 and ended at 190 in 2005. And then The Hardy Boys Secret Files were released in 2010 which was rebooted as The Hardy Boys Clue Book series in 2016 as if I didn’t already have enough Hardy Boys in my life! ❤

Here’s a nice movie fact: it was 2007 when Ben Stiller and Tom Cruise were “rumored” to be doing a Hardy Men movie and this news was everywhere up until 2010.

Why didn’t this happen? I would’ve LIVED for it! Stiller could’ve been the blond one (Joe) and TC the raven head one (Frank). These sleuthing siblings deserved this movie!

And now we currently have The Hardy Boys Adventures which began in 2013 to present. A new book is coming in April God’s willing and I am excited about it. Oh, right, I’m rambling. My favorite book would have to be the first one because it hooked me right from the beginning. I need to start rereading this series soon.

9 thoughts on “Day 04: Favorite book of your favorite series”