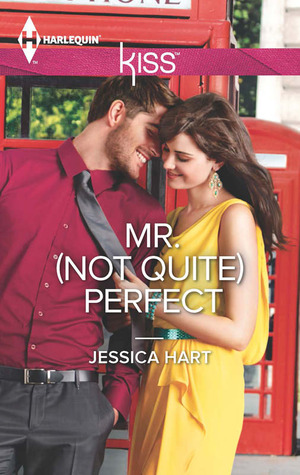 What do women really want?

Journalist Allegra Fielding has a problem. She’s pitched a story to her boss—how to transform a not-so-perfect man into Prince Charming—and now she has to deliver! But where is she going to find a man willing to take part in a makeover? Time to blackmail her roommate, Max….

But Allegra’s cunning plan backfires spectacularly when Max refuses to be “perfected”! He’s a guy who knows what he likes, and he’s going to enjoy proving to Allegra that there’s nothing hotter than a man who’s a little rough around the edges…

I am in love with the book cover! I just had to get that out.

In this story, we have Max and the writer has personally declared him as her favorite hero to write to date because he is not incredibly handsome and he’s a civil engineer. I did not get that not handsome memo though for Max held his own quite well and came across as extremely handsome.

This is a friends-to-lovers story. I am skeptical about this kink for not many writers get it right.

Allegra is a feature writer for a fashion magazine called Glitz and is yearning to prove herself to her editor. She decides to write an article on turning Mr. Ordinary into Mr. Perfect, and this is where Max, her best friend’s brother, comes in. Max is an engineer (far from boring!) who has recently split up with his fiancée. After enough prodding, Max agrees to be her guinea pig in this experiment of hers.

During the experiment, their friendship is put to the test and although the feelings are there, they don’t rush into it head first. The development was well written. Kudos to you, Hart! Kudos to you!

I liked Allegra’s backstory from the impenetrable journalist mother she could never please enough right down to when she discovered who her real father was. By the end of the book, Max and Allegra took away lessons from the experiment. Max learns that making an effort occasionally is not such a bad thing while Allegra learns that average doesn’t mean boring. She learned to accept someone for who they are regardless of what they look/dress like because perfection isn’t everything. Imperfections are what make us who we are.

I must say though, every time Allegra’s name came up, I cracked up for I kept thinking of Algebra, but overall, I enjoyed this story. It was such a fun story to read!