Earlier this week, I talked about starting the Social Media Theme which would’ve kicked off with cyberbullying, but I couldn’t get around to writing any of the presented topics. I started two of them, but I did not get the time to complete and post. I know a few of you (by few, I mean two 🙂 ) had expressed interest in this topic and I apologize for the delay.

I also had to write my thoughts on Criminal Minds thus far and the premiere of the second season of Riverdale, but unfortunately, time was not my friend this week. I’ve scheduled a few posts for this weekend, but I’ll try my best to make up for Social Media Theme starting on Monday be it God’s willing.

All there’s left to do now is wish every single one of you a blessed and restful weekend! Thank you for stopping by this week to read and share your opinions. I utmost appreciate it. ❤ 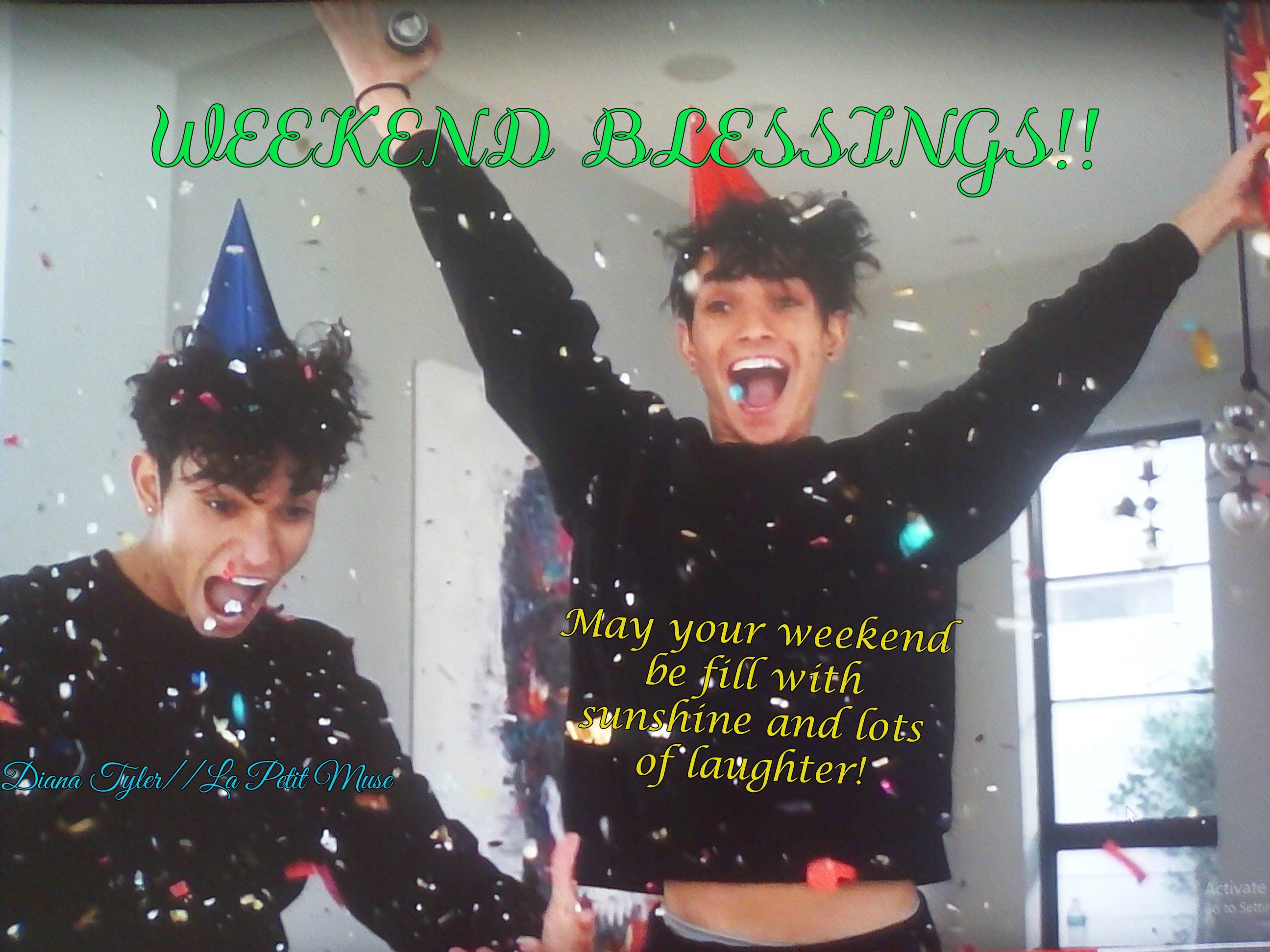 Looks like I’m finally getting around to starting this challenge!

Given that this is an alphabetical challenge, it’ll be running for 26 weeks. I’ll be listing a few phobias each week (hopefully) under the featured letter. I thank Margaret from soulfood101blog and T. R. Noble for encouraging me to do this challenge. 🙂 Now, I ask that you forgive me if I get carried away… like I always do.

Agoraphobia – fear of open spaces or of being in crowded, public places like the supermarket or stadium

Agyrophobia – fear of crossing the street

Aphenphosmphobia – fear of being touched

When Jenny Lawson was little, all she ever wanted was to fit in. That dream was cut short by her fantastically unbalanced father and a morbidly eccentric childhood. It did, however, open up an opportunity for Lawson to find the humor in the strange shame-spiral that is her life, and we are all the better for it.

In the irreverent Let’s Pretend This Never Happened, Lawson’s long-suffering husband and sweet daughter help her uncover the surprising discovery that the most terribly human moments—the ones we want to pretend never happened—are the very same moments that make us the people we are today. For every intellectual misfit who thought they were the only ones to think the things that Lawson dares to say out loud, this is a poignant and hysterical look at the dark, disturbing, yet wonderful moments of our lives.

I was robbed of a sense of fulfillment and America has to answer this question, HOW DO YOU FIND THIS GARBAGE FUNNY? ARE YOU DEPRIVED OF LAUGHING GAS?

I have no idea who Jenny Lawson is and I don’t intend to know her anyway, so there is no point (now) in me looking for her blog no matter how popular she might be in the blogosphere.

This memoir is overrated and the cursing was a huge turn-off. I can’t take someone seriously when they curse… especially in a memoir… especially where it doesn’t seem to fit! The curse bombs were there to give her a hip feeling, but it felt forced.

I tried to finish this book. I really did, but when I reached ‘If You See My Liver, You’ve Gone Too Far’ I just had it!

HOW IN THE WORLD DID THIS OVERRATED MEMOIR GET RATED SO HIGH? HOW? HOW??? Why was this piece of junk made into print? I wouldn’t even use the pages of this book to go to the toilet if the world ran out of toilet paper!

The author was so wrapped up in trying to be funny, she succeeded in making her family sound like a bunch of sick individuals. I did not want to know how to clean a deer. Her father was a taxidermist and a psychopath. I mean, which sane person finds a dead squirrel and decides to stick their hand inside it and make a puppet out of it. And which father – taxidermist or not – throws a live bobcat at his daughter’s suitor? How is this acceptable by loving standards? And readers find this funny?

The book is not funny, it’s just overdramatic! I yawned throughout some chapters and when I fell asleep on the last one I was trying to read, it was the last straw. The book is pure drivel. Rambling drivel. The author was happy to focus on her so-call “crazy” childhood and “mental illness” making it seem extreme. Sister, please! It wasn’t funny. You ain’t funny. You aren’t that messed up like you want people to think. No one cares about your vagina (I believe this is her favorite word. No, really! I must have seen it like a dozen times before she dedicated an entire chapter on it) You had/have it better than a lot of people and what do you do? You whine.

Nothing about her childhood was intriguing. Waste of time, waste of money (I am thankful that I didn’t have to buy this garbage! Had I bought this book, I might have been kicking myself hard in the liver.) It was not funny and maybe these so-call reviewers need to stop kissing people’s behinds and be honest about their reviews for once. That’s right, I’m talking to you, friends and acquaintances of the author and you too, People.

If you think something is wrong with my humor, it’s intact thank you very much. Lawson tried way too hard to present herself as this crazy wacky doodle (anything other than herself) and she believed it too.

Let’s Pretend I Never Attempted to Read This Drivel.

Later that night I sat out on the porch, looking at the same stars I’d stared at when I was ten and had longed to travel to places that existed only in mind. They were places like Egypt or France, but they were the Egypt and France of a child’s mind, filled with blurry visions of perfect pyramids, and warm sands, and Eiffel Towers, and something that people called “wine.” (Page 116)

The only best part of the book because I can relate. PLUS! Everyone knows how I feel about (Ancient) Egypt and France.

Here is some food for thought: God’s basket is never empty.

Via cuisinart.com here is a nice recipe for Pumpkin Pie Ice Cream.

* In a medium mixing bowl, use a hand mixer on low speed to combine the milk, brown sugar, and molasses until the sugar is dissolved, about 1 to 2 minutes. Stir in the pumpkin purée, cinnamon, ginger, and nutmeg.
* Add heavy cream and vanilla. Turn the machine on; pour the mixture into freezer bowl, and let mix until thickened, about 20 to 25 minutes. Add the crumbled cookies during the last 5 minutes of mixing. The ice cream will have a soft, creamy texture. If a firmer consistency is desired, transfer the ice cream to an airtight container and place in freezer for about 2 hours.
* Remove from freezer about 15 minutes before serving. 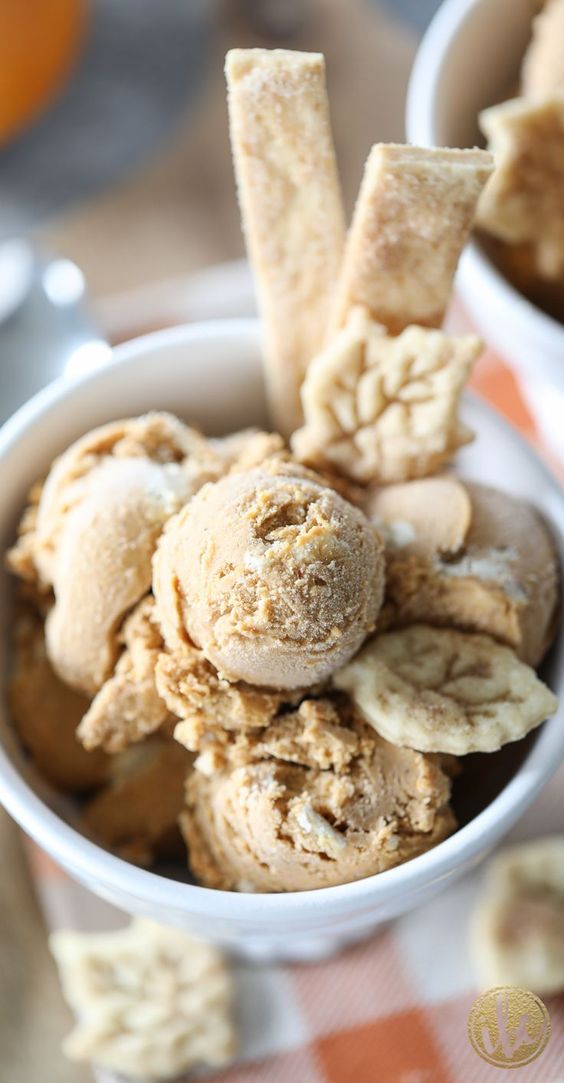 Your personal sculptor is carving a person, thing, or event from the last month of your life into the glistening marble of immortality. What’s the statue and what makes it so significant?

Michelangelo’s who? Anyway, I don’t want something immortal showing who I was. I keep changing and there is no way that I can guarantee that one piece or part of my life that I’ll like immortalize.

Also, marble is just too perfect. Perhaps stone or granite might do?