*shrugging* Maybe I’ll know by this weekend, but what about you? Are you participating in NaNo next month?

Sometimes it’s the little lies that turn out to be the most lethal. . . .

What’s indisputable is that someone is dead.

But who did what?

Big Little Lies follows three women, each at a crossroads:

Madeline is a force to be reckoned with. She’s funny and biting, passionate, she remembers everything and forgives no one. Her ex-husband and his yogi new wife have moved into her beloved beachside community, and their daughter is in the same kindergarten class as Madeline’s youngest (how is this possible?). And to top it all off, Madeline’s teenage daughter seems to be choosing Madeline’s ex-husband over her. (How. Is. This. Possible?).

Celeste is the kind of beautiful woman who makes the world stop and stare. While she may seem a bit flustered at times, who wouldn’t be, with those rambunctious twin boys? Now that the boys are starting school, Celeste and her husband look set to become the king and queen of the school parent body. But royalty often comes at a price, and Celeste is grappling with how much more she is willing to pay.

New to town, single mom Jane is so young that another mother mistakes her for the nanny. Jane is sad beyond her years and harbors secret doubts about her son. But why? While Madeline and Celeste soon take Jane under their wing, none of them realizes how the arrival of Jane and her inscrutable little boy will affect them all.

Big Little Lies is a brilliant take on ex-husbands and second wives, mothers and daughters, schoolyard scandal, and the dangerous little lies we tell ourselves just to survive.

Let me just start by saying how much I adore the cover of this book. The shattered lollipop represents how fragile our lives can be when we have to tell those big little lies just to survive.

The story is set in Sydney, Australia yet I felt as if I was on a remote island. I did not feel as if I was transported to Australia, despite the fact that the author is Australian. Maybe it was down to the fact of Pirriwee being a small village. But then that’s a made-up town anyway.

I was told that there is a TV series about this show now, but I won’t watch it and it wouldn’t influence the actors who came to mind for the characters while I was reading this book.

Madeline: When I first met her, I did not take too kindly to her attitude. Every little thing bothered her, like turning 40 and seeing a young female driver on the phone. Madeline actually got out of the car to ‘fix the issue’ and she ended up rolling her ankle and falling in her new pair of stilettos on her way back to her car. I couldn’t help, but to laugh at her mishap. Happy birthday. She’s also self-centered (likes making every topic about her during conversations), bitter, hate her ex-husband, resent the ex-husband’s new wife and loves extravagant things. Hello, Madeline:

I think Garner can really pull this feisty character off!

Jane: Sweet, young (24 years) troubled plain Jane with a secret so painful she looks like death itself. She moves around Sydney every six months or so like a fugitive. On the first day of school, her five-year-old son, sweet Ziggy is accused of bullying a girl. Not just any girl, Reneta’s girl. Renata, a very popular mom with a French nanny and a stay-home husband. This is my Jane:

Yep, Kim Matula would be awesome or even Hilary Duff.

Celeste: Filthy rich, but socially awkward and often in La La Land. She’s married to a beast who hits her in private. Perry always leaves bruises, but Celeste is too afraid to leave him. She was split between leaving and staying for the sake of her boys. Her life takes a turn for the worst on Trivia Night when Jane’s secret rocks her world. Somewhere in the book Perry is described as handsome because ‘It was that Tom Cruise, white-toothed smile and the way he gave them his full attention.’ but I saw Perry as that guy from Friends. You know? Perry. 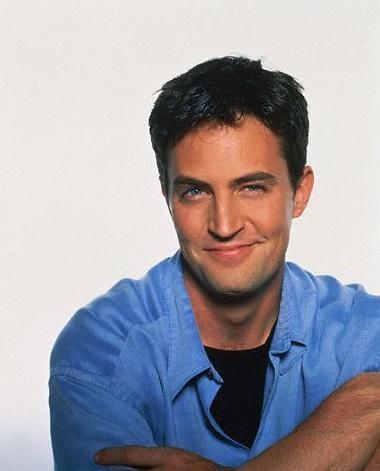 Anyway, this is how I pictured Celeste: A.J. Cook can definitely pull this role off!

Some people thought that this was the funniest book written about domestic abuse. Domestic violence is anything but funny.

This book was kind of boring. Every chapter led up to the death on Trivia Night but when I finally got to that night, it was already drawn out for me. I’ve waited and waited and waited and waited… The cattiness and gossips were supposed to keep me interesting leading up to this night, but I stopped anticipating it somewhere when Abigail (the daughter) left Madeline… or it was probably before that. It didn’t build any tension for me. This was some big fat lazy storytelling. I couldn’t even feel sorry for poor Celeste and I put it down to the ongoing mommy drama ramblings. Perry dying was … well, he shouldn’t have died. We needed to see a strong character who eventually had the guts to stand up to her husband and say enough is enough for what are the odds of a woman’s abusive husband dying in real life at a party?

^ The “let them eat cake” thing had grown old a long time ago, and she’d recently heard one of Mrs. Ponder’s grandchildren say it was meant to be “let them eat brioche” and that Marie Antoinette never said it in the first place.

Disputable given that things always seem to be taken out of historical context. History loves to embellish anyway. I think Marie Antoinette might have meant it as sarcasm, but what do I know? She might have said “Let them eat meat!” for all I know. 😛

^ But all sleeping children were beautiful. Even horrible children probably looked beautiful when they slept. (Page 63)

> “I mean a fat, ugly man can still be funny and lovable and successful,” continued Jane. “But it’s like it’s the most shameful thing for a woman to be.” (Page 195)

This is the point I made in my paper about loving one’s self. Same goes for the skinny man too.

All the world’s countries have decided that the Internet itself needs a government. Your country asks you to run for Prime Minister of the ‘Net — do you accept? If so, what will your platform be?

No, I have better questions: who is going to be President of the Net? Is there going to be just one PM of the net or do all countries have their own PM? And is there a congress? Is the government going to be an Anarchy, a Democratic, a Federal or Monarchy type?

However, if I were to accept the role of PM, my platform would be focused on cyberbullying (something I’ll be discussing next week God’s willing).