I have a confession: I don’t really listen to what we call ‘music’ nowadays.

Welcome back to another weekly themed challenge. I am way out of the loop where it concerns rap songs, pop songs, rock songs, trashy songs, whatever songs! I think most if not all the singers sound the same even when they’re not autotuning. Some people told me that I should listen to this one and that one that I may like it, but the offered music is not pleasing and I prefer to stay away from most of these singers altogether. Take Danielle Bregoli for example. She’s only 14 (!) and the industry is rewarding her bad behavior by giving her a music contract. She represents and brainwashes this generation at the same time. She openly disrespects her parents, curses them out, pleaded guilty to possession of marijuana, grand theft, and filing a fake police report. So why would I support her music if she’s only going to be bitter about life?

Yet, I decided to humor my friends and do this challenge.

Would I change my mind on some of these songs? Would I become a *gasps* fan? I don’t think so, but we’ll see. Here are the suggested songs:

^ Versace on the Floor – Bruno Mars

^ Look What You Made Me Do – Taylor Swift

^ On the Real ‘Tho – Dobre Brothers

Antonio Caster was wiping down the counter and humming along to an old Spanish song when the doorbell chimes signaling that he had a new customer. With a smile, he straightens his frame, ready to greet his fifth and probably final customer of the day. However, when the tall, bald-headed man with the piercing silver-gray eyes confidently walk into his tattoo parlor, Antonio lost his smile. This man was a regular client of his and a good tipper, but one night when he tattooed the name of a fallen hitman on the Frenchman’s back, he realized that Jean-Pierre Papin was more than just a regular client.

Jean-Pierre was tattooing the names of his fallen enemies on his lower back and this made Antonio wondered if the bad man had a mild case of amnesia.

He forces his best smile when the man approached the counter. “Bonjour. How can I help you today?”

“Another name,” Jean-Pierre impatiently flings a piece of paper on the counter.

Antonio picks it up and gasp. “Isn’t this the name of your girlfriend?”

Jean-Pierre darkly looks at him.

“Right on it,” Antonio said with less enthusiasm as he led the Frenchman to the back room. “Where would you like it?”

He killed her! I can’t believe he actually killed her! Antonio panic inside. And now he wants to tattoo her name alongside his enemies. Oh, Marilyn! What have you done to deserve this!

Jean-Pierre walked out of Antonio’s Ink an hour and a half later with a puzzled look on his face, his skin still stinging from the fresh ink. He did not understand why the man hesitated to ink Marilyn’s name on his skin. Was it because he was putting her name next to his enemies? He had no other choice in the matter, though.

When he returned to his Montmartre flat, freshly brewed coffee assaulted his senses causing him to gag. He hated coffee. “Do you mind?”

“I put up a lot for you because you’re lucky I like you a lot, Marilyn.”

Write a six-word story about what you think the future holds for you, and then expand on it in a post.

I leave it up to God.

Although I’ve achieved most of the goals that I’ve set in the last five years or so, I still have many things that I’ll like to accomplish. However, I leave my future in His hands. I can only pray, but in the end, it is Him who has the last word and He has never guided me wrong before! 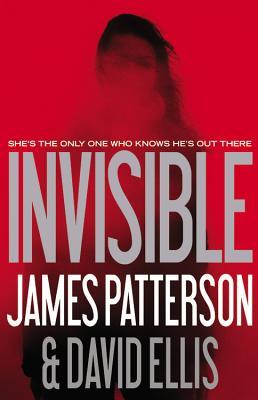 Everyone thinks Emmy Dockery is crazy. Obsessed with finding the link between hundreds of unsolved cases, Emmy has taken leave from her job as an FBI researcher. Now all she has are the newspaper clippings that wallpaper her bedroom, and her recurring nightmares of an all-consuming fire.

Not even Emmy’s ex-boyfriend, field agent Harrison “Books” Bookman, will believe her that hundreds of kidnappings, rapes, and murders are all connected. That is, until Emmy finds a piece of evidence he can’t afford to ignore. More murders are reported by the day–and they’re all inexplicable. No motives, no murder weapons, no suspects. Could one person really be responsible for these unthinkable crimes?

A breakneck-paced thriller with twists that will keep you holding your breath until the final, astonishing pages, INVISIBLE is James Patterson’s most shocking stand-alone novel yet.

All nighter and page turner.

I have experienced some awful books from JP (*coughs* NYPD Red), but it’s not going to stop me from reading his material. I am also wary of books with JP as the co-author so I approach them cautiously.

FBI Analyst Emmy Dockery: A sick serial killer is setting fire to victims. Emmy’s twin sister died in a similar fire and when she tried to seek the truth, everyone shot her down because they thought she was witch hunting.

Agent Harrison “Books” Bookman: Ex-boyfriend of Emmy, still harbors feelings for her although she left him at the altar. Left the FBI to run a bookstore, but when Emily presented ‘evidence’ about the arsonist serial killer, Books came back to lead the team.

Tha Serial Killer: I lived for the “Graham Sessions” recordings! Graham’s Handbook on lying was awesome! Probably my favorite JP serial killer to date. Reminded me of Mike Wilson in How To Be A Serial Killer. Mastered the perfect crime until Emmy unravels it.

This serial killer is clever! Fires are set and the killer is making it look like an accident. Somebody say genius arsonist real quick! When I first met the “actual killer”, this killer had P-R-O-B-L-E-M-S! I loved Emmy as a lead female protagonist. She is not perfect, she has flaws and she is in touch with her emotions and she reminds me of Emily Prentiss of Criminal Minds. That’s how you write a female lead!

This book promised to make my jaw drop. Did it? No. Let’s just say I had figured out the killer’s sex wayyy before JP could pen ‘The End’. This is vintage JP, though. As for David Ellis, I might consider reading some of his material.

> The first sign of gray in my locks, and I’m too stubborn to color my hair, too proud to succumb to modern technology’s answer to female aging, which is to change yourself in every way possible, to hide your flaws. (Chapter 8; Page 26)

> You must do today what nobody else will do, so tomorrow you can accomplish what others can’t. (Chapter 32; Page 108)

Private Down Under by James Patterson. I hope this one is as good as the one I just read. 🙂

Thank you, Susie, for nominating me for this tag. While we’re on this topic, be sure to check out Susie’s blog: susiesopinions.blog. She posts reviews on almost any and everything, including clothing, accessories, diet supplements etc. Also, ALSO, she posts product reviews and sometimes gym videos on YouTube, so be sure to check out her channel: susanslade1/videos.

Five Things That Makes Me Happy

So many things make me happy, though!

^ Spending time with my family.

^ When my cat greets me when I come from work.

^ The smell of the earth after rain.

Five songs that makes me happy

^ Morning Has Broken – Cat Stevens. I am happy whenever I get to see a new day and this song is perfection!

^ Angel – Depeche Mode. It’s not really a happy, happy song, but for me, it’s peaceful and it helps me reflect on my walk with God with a smile on my face.

^ Happy by Pharrell. I don’t have this song on my playlist anymore, but whenever I hear the song, it automatically makes me smile.

Tag at least five bloggers that makes you happy

Every one of you guys and gals makes me happy! 🙂