Challenge: The Sound and the Fury

I’ve never read William Faulkner’s The Sound and the Fury, but would like to at some point in my reading life. The Southern Gothic genre is alluring be it the violence, Civil War, social issues, the paranormal, the grotesque and the macabre.

ANNNNNDDD I’ve been working on my very own Southern story in which the love between a white man and a black woman can either shake, break or open hearts in Stamps, Lafayette County, Arkansas. Although since my visit to Paramin I’ve been thinking of relocating. Either way, I’m super excited because I’ve already used the book title (kind of) in the draft.

The meeting created lots of sound and fury. The blacks wouldn’t stand for one of their own taking the side of a white man. Not just any white man, a Frenchman who was claiming to be amnesiac. He had collapsed in Annalise’s barn one wicked cold morning and she took him in and nursed him back to health while trying to unsuccessfully hide him.

“Sister, you should think about what you’re saying,” old Mrs. Grimshaw rested her wrinkled paw on the young girl’s shoulder.

The door opened letting in the cold harsh wind and the Frenchman with the devilish blue eyes, angular features, and dark hair. He was wrapped in a blanket. His eyes wandered around the room and landed on the shaking Annalise. A small smile came to his face as he made to cross the room to her. “There you are! I’ve been worried about you!”

A scandalized scream was let out from the back as some strong black men moved to prevent him from meeting Annalise, who shrugged Mrs. Grimshaw’s hand off her shoulder and darted forward. She grabbed his hand and some of the blacks could only look on in horror as dark caramel and vanilla entwined.

The beauty of doing this challenge was discovering that my brain is wired all sorts of weird. I never know what to expect whenever I decide to write something down. Sometimes I write whatever comes to mind without editing it (as you’re about to see with this challenge). It may not be the best, but it gets me thinking where the heck my mind was while writing!

He watched as the life he tried hard to build

Fall before his very eyes.

His wife called it the butterfly effect. 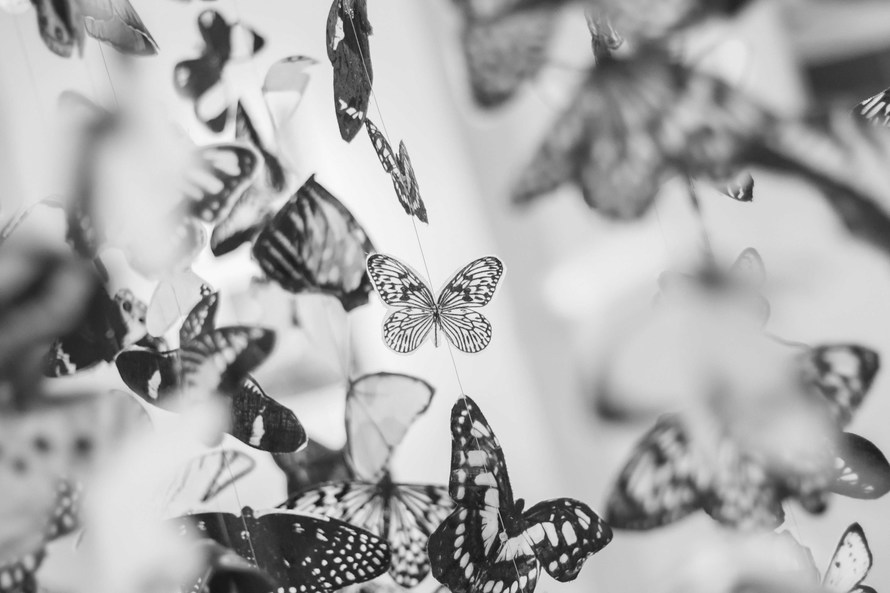 I was thinking an awful lot about Michael Jackson’s honey smooth voice on Butterflies, so for your listening pleasure…